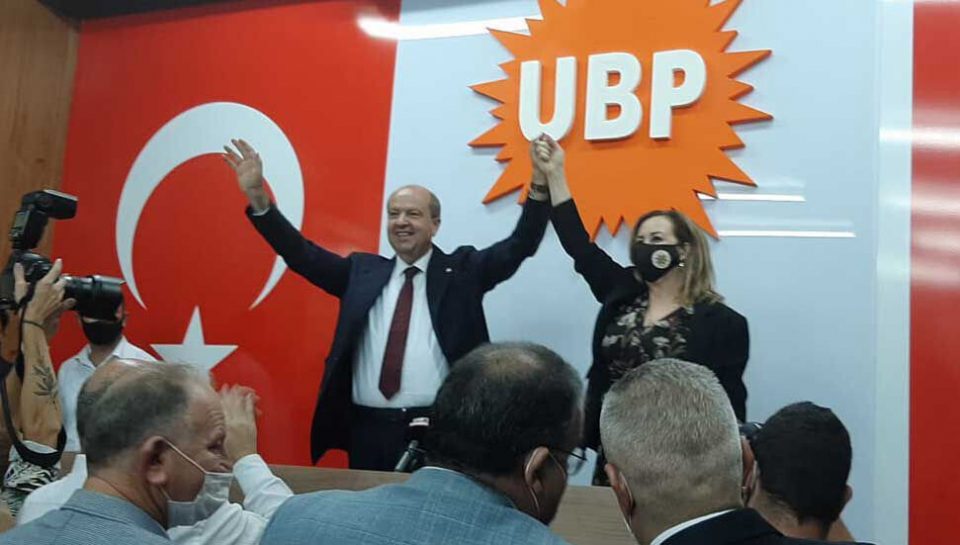 Turkish Cypriot ‘prime minister’ Ersin Tatar pulled ahead of incumbent Mustafa Akinci in Sunday’s election in the north with 32.35 per cent to 29.84 per cent respectively.

The elections will go to a second round next Sunday.

In third place in the race was Tufan Erhurman with 21.68 per cent,  Kudret Ozersay with 5.74 per cent, Erhan Arikli with 5.36 per cent, and Serdar Denktash with 4.20 per cent, according to Yenduzen’s website.

In a speech from his party’s headquarters in Sarayonu Square, Tatar thanked his supporters and stated that “with the 33 per cent victory his party UBP achieved a triumph”. He expressed concern at the low turnout and said he hoped  more people would vote on October 18.

Speaking from his campaign headquarters in Nicosia Akinci said: “Turkish Cypriots expressed their will in the ballot boxes. I believed and I will continue to believe that there is no will stronger than their will. Left alone, these people have the ability to decide whom to choose. I hope that the interventions we have witnessed for so many weeks will come to an end.”

CTP leader Tufan Erhurman congratulated Akinci and expressed disappointment both with results and the low turnout. The party assembly takes place on Tuesday, when, he said, “we will evaluate the results and decide our next steps.”

Experts expect that CTP most likely will throw its weight behind Akinci in the second round, giving a major boost to his prospects for victory.

One of the biggest losers at the polls was Kudret Ozersay. He finished third back in 2015, when he made his electoral debut , running as an independent candidate, and winning over 20 per cent of the votes cast.

Now, after five years on the political scene Ozersay, who in the meantime had founded the People’s Party (HP) and until last week was a deputy PM in the ruling coalition with Tatar, ended up with just 5.74 per cent of the vote. He announced on his Facebook account that this disappointing outcome means he will have to revaluate his political future and the worrying uncertainties that lie ahead for the north in general.

“The real winners today are the politics of polarisation and tension,” he wrote.

Equally disappointed with his poor showing is the Rebirth Party candidate Erhan Arikli, who announced that he is ready to resign from the leadership. Arikli had spent the last three weeks in quarantine after contracting coronavirus.

The results were announced at 10pm after polls had closed at 6pm. Voter turnout was at 58.21 per cent.

Tatar won in Famagusta and Trikomo, while Akinci led in Nicosia and Kyrenia.

Eleven candidates, seven as independents ran in for election.