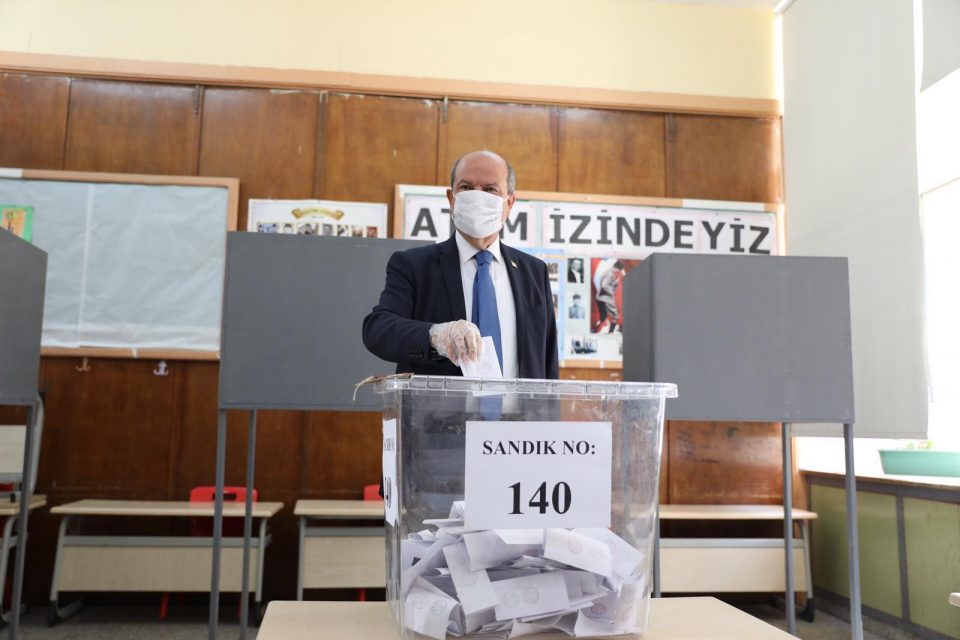 The  Republican Turkish Party (CTP), whose candidate Tufan Erhurman came in third in Sunday’s elections for a new Turkish Cypriot leader, announced on Tuesday it would back incumbent Mustafa Akinci during the second round.

Erhurman had garnered 21.68 per cent of the votes and gaining the backing of his party is now expected to tip the balance for Akinci.

Late on Tuesday evening the party announced they unanimously decided to back Akinci.

The party justified its decision arguing that it has always pursued a comprehensive solution to the Cyprus problem on a federal basis.

It also said that with its years of experience, is aware that Turkish Cypriots’ will for a comprehensive solution constitutes the legitimate ground for their demand to open up to the world and to lift the restrictions they have been subjected to in many areas.

“In this context, the CTP Party Assembly decided to support Mr Mustafa Akinci who declared that he will serve in line with these principles, among the two candidates who will compete in the second round of the presidential elections to be held on October 18,” the party said.

Tatar pulled ahead in Sunday’s first round with 32.35 per cent compared to 29.84 per cent for Akinci. Akinci is running as an independent and Tatar is backed by his party, the National Unity Party (UBP).

It was expected that CTP would back Akinci since both are in favour of a federal solution to the Cyprus problem. Tatar promotes alternative solutions. Several CTP supporters, however, have already stated they would abstain from voting now that their candidate is out of the race, which UBP supporters eye positively given the CTP’s support for Akinci.

Both candidates visited CTP’s offices earlier in the day in addition to those of other smaller parties.

Akinci said after the meeting, he did not make any requests, pointing to the existence of a common denominator with CTP, and recalled the party’s significant support in the second round of the 2015 election when he was elected for the first time as leader of the Turkish Cypriot community.

After his meeting with CTP, Tatar stressed the importance of avoiding polarisation among society and called on the people to vote in the second round.

Erhurman said that despite their disagreements on several issues, mainly the Cyprus problem, CTP and UBP are the two parties that are deeply rooted in the north and that their main goal was easing tensions and the polarisation that has been observed during the election period to solve the problems Turkish Cypriots face both internally and abroad.

Behaviour that led to scrapping citizenship programme ‘catastrophic’ for economy