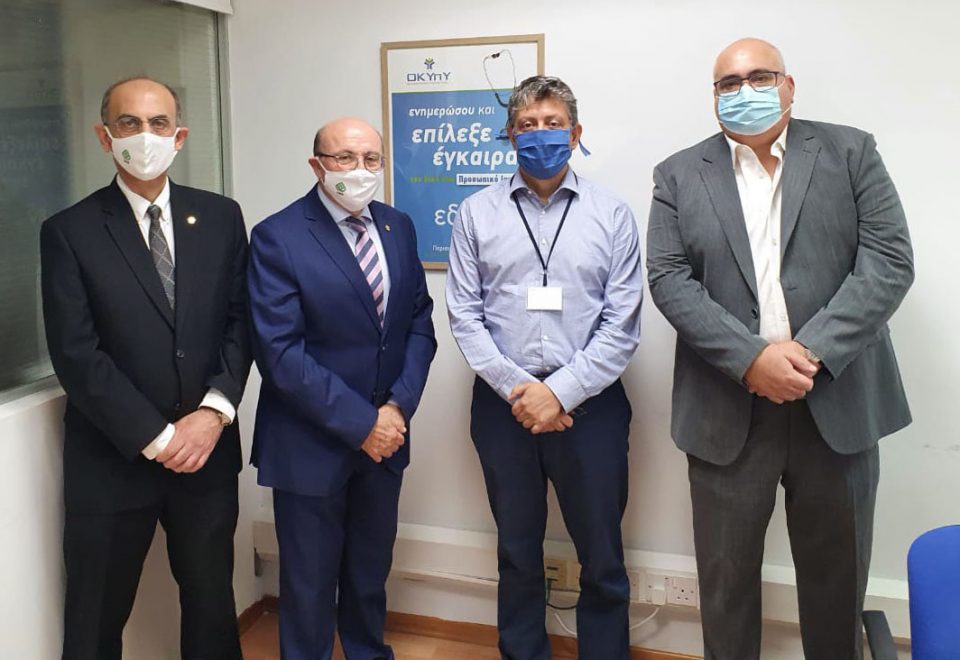 Government doctors on Sunday questioned why the state health services organisation Okypy had become a member of the Employers and Industrialists Federation Oev, calling on the state to take its responsibilities seriously.

In a statement, the doctors union Pasyki questioned why when it was faced with two problems at the same time, the introduction of the national health scheme Gesy and the pandemic, the public health sector was only interested in joining Oev.

“While health officials on the front line are anxiously looking for solutions to cover the structural inadequacy of the organisation to preserve public health, the managers of Okypy are consumed in a civil conflict between central and peripheral administration,” the doctors said.

Pasyki questioned “the purpose of the registration of Okypy in Oev”, asking how it would help strengthen public hospitals.“How can an organisation that is part of the state and employs thousands of civil servants be registered in a federation of employers and industrialists?”

In a statement on Sunday, Okypy said it had joined Oev to have access to a common platform for mutual information and exchange of views with all health care providers who are already members of the federation.

It said it will also allow it access to European bodies and committees which Oev takes part in.

Okypy added that many other semi state organisations and local authorities were already members of Oev.

Oev announced on Saturday that Okypy had joined its members.

“Okypy with about 7,000 employees is currently the largest employer after the Government machine and it is natural for it to become part of the largest employer organisation in Cyprus,” Oev said.In its role to autonomously run the state health services, Okypy will have its full backing, Oev said.