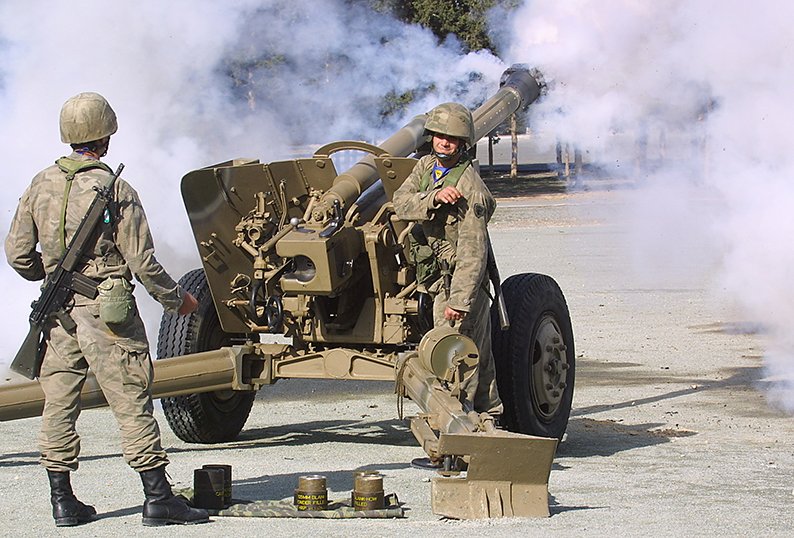 I do not know any of the leaders of the rejectionist parties but I do know plenty of people who are against any kind of accommodation or cooperation with the other side. Some of my best friends are rejectionists, which is why I am fascinated about what lies behind rejectionist thinking and if there is anything in it.

The Cyprus problem is multi layered but two issues stand out in rejectionist circles. The status of the Republic of Cyprus internationally and the security arrangements post solution.

The rejectionists on the Greek side assert – without proof – that a federal solution will destabilise the status of Cyprus internationally. What they really mean is that as a federal republic is not what the Greek Cypriots really want, it will fail and the federation will disintegrate into its component parts internationally. Which is a bit rich considering the opposite occurred when the 1960 arrangements failed in 1963 and the Greek Cypriot side as the principal community assumed the carriage of the state of Cyprus internationally without any difficulty – to the dismay of the Turkish Cypriot leadership that rankles to this day.

For their part the Turkish Cypriot rejectionists love their little unrecognised republic for all its inadequacies. True there are far too many migrants from Turkey and the difficulties of non-recognition are palpable, but life goes on and most people have a good standard of living and are relatively content. On the psychological emotional front, they do not have to put up with the attitude problem towards Turkish people that afflicts many Greek Cypriots.

More importantly they believe a federal solution carries with it the risk of being overwhelmed because the Greek Cypriots will always see such a solution as a stepping-stone for regaining effective control of the whole of Cyprus and rule over them as a unitary state.

I should first make it clear that just because I have been critical of rejectionist thinking does not mean that it is entirely without merit. The problem I have is with rejectionist leaders who either do not believe what they say or do not say what they mean or neither believe nor mean what they say.

The issue raised by Greek Cypriot rejectionists on what would happen if the federal republic disintegrates is a good question if rather academic. In the old days, they would have consulted professor Ian Brownlie QC, as I did a couple of times informally when I was faced with particularly abstruse problems in international law. Sadly he was killed in a car accident in Egypt in 2010.

But he left us his classic Principles of Public International Law according to which it seems that in the event of disintegration of federations, political reality rather than the application of any legal rule or principle determines what happens.

Political reality suggests that, as the principal surviving component state, south Cyprus would continue as the state of Cyprus internationally if the federation fails, with north Cyprus remaining a regional entity within a member state of the EU but without any free-standing status internationally.

I cannot foresee any circumstances in which either of these two institutions or any other entity will not do the same in the case of Cyprus if the Federal Republic of Cyprus disintegrates. In any case the chances of such disintegration after approval by the political leaders, the people in separate referendums, and the EU, are so remote that rejecting a federal solution because of what may happen if the federation fails would be giving disproportionate importance to a remote possibility.

I would even suggest that the status of the Republic of Cyprus internationally would be more secure as the Federal Republic after a solution than it is now without a solution since it is not at present recognised by Turkey – a country that literally towers over Cyprus in the region.

The attitude problem faced by many Turkish Cypriots is a bit of a chicken and egg conundrum. There is no doubt that many Greek Cypriots are burdened with attitude, the intensity of which I attribute to the humiliation and hurt of 1974. It will disappear eventually if the problem is resolved, provided, paraphrasing an old legal principle, the solution is not only fair but is also manifestly seen to be fair.

The really difficult problem is that most Turkish Cypriots – not just rejectionists – have a deep sense of fear of being overwhelmed in the event of a solution. It is primarily – not entirely – a question of security. Security is always discussed in terms of the presence or departure of Turkish troops. I suggest a more holistic approach to include the size and strength of the Greek Cypriot National Guard and that of the Greek forces on the island.

Even for someone with no military experience or expertise some questions stare me in the face. I have no knowledge of the nature and number of officers and men at the disposal of Greek military commanders on the island in the event of general mobilisation, the military hardware they can deploy, the alliances they can call on, the facilities they are able to use, and the technology available to them, although I am aware that embarrassingly vast amounts of money have been spent on defence over the years.

I have no idea whether it is proposed that the Greek Cypriot National Guard is going to be disbanded in the event of a solution and Greek military facilities dismantled, or if this is going to be done gradually as soon as a solution is implemented, what verification arrangements there will be, and what the Greek Cypriot people feel about their security without their National Guard and without troops from Greece.

Finally I do not know the Turkish position on the presence of Greek troops. Would the Turkish side accept their presence in principle and if so the net security benefit?

On the other hand, I would be very concerned if the general security of Cyprus is sacrificed on the altar of absolute Turkish and Greek troop withdrawals, given the region is in flames, the world feels less secure, terrorism is rampant, and Cyprus needs to be able to defend her EEZ and her borders. I am not even sure that it would be possible to insure the installations in the EEZ absent a strong protective shield.

The security aspects need a hardheaded pragmatic approach without emotionalism, without attitude and without sloganising. In light of the dangerous world that surrounds Cyprus it is unwise to engage in megaphone diplomacy about security. It is a very serious business that should not be compromised by either side.

Threats and dangers need to be identified and addressed dispassionately on the evidence with the assistance of military analysts, and negotiators need to feel free to go fearlessly where the evidence, deterrence, and routine precautions take them.

There are many good questions. My New Year resolution for 2017 is to suggest honest answers but always with an open mind. As a wise old judge told me many years ago: there is always room for another view.

‘The republic is dead long live the republic’ would be my pithy answer to the primary existential question faced by the leaders as they gather in Geneva to for their final powwow.

What is holding back economic development?

Could it possibly be Anastasiades’ finest hour?