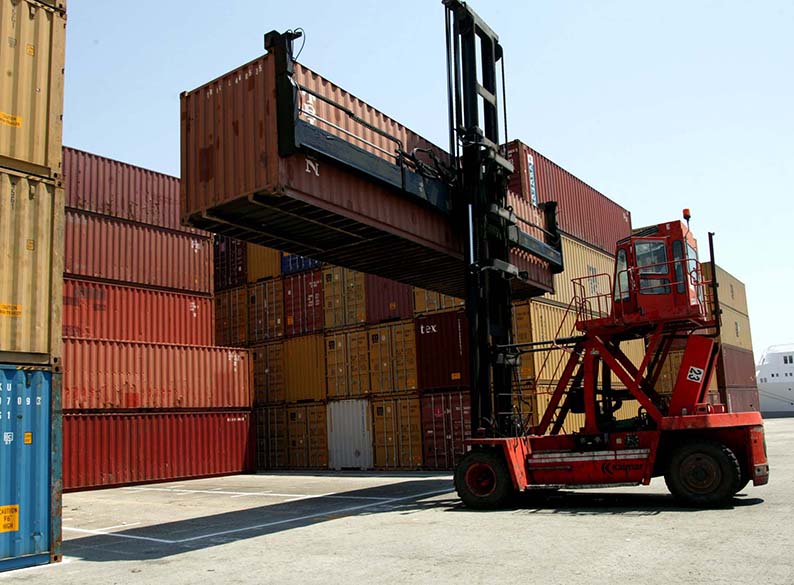 Construction material manufacturer Peletico warned on Monday that 150 employees at the company’s bentonite production unit risked losing their jobs because of the rise in container charges at the port of Limassol.

Peletico CEO Marios Peleties told a news conference on Monday that bentonite, a type of clay, was the cheapest material exported from Cyprus and the rise in tariffs introduced by the private company now operating the container terminal would eventually lead to the closure of the unit, located at Pentakomo, near the southern coast in the Limassol district.

Under the current state of affairs, the cost of loading was 21 per cent of the sale price, he said, compared with other exports such as potatoes, where the respective cost was two per cent, and halloumi cheese, 0.5 per cent.

Peletico has been mining and processing bentonite for the past 40 years, Peleties said, a product exported mainly to European countries.

The executive said the recent transfer of the container terminal to Eurogate saw a steep rise in loading charges, a move that is hurting companies that export low value products like bentonite.

Peleties said the slightest rise in loading expenses made the unit unsustainable and because of tough competition, mainly from Turkey, Spain, Bulgaria, Morocco, Greece, and the Czech Republic, the company could not increase its price.

Despite the small profit margin, Peletico was forced to lower its prices by 16 per cent in the past three years, he said.

Peleties said he was not against privatisations but the state must take into account the state of affairs in Cyprus that do not exist anywhere else.

“We are still a state under occupation so some enterprises must be considered of strategic importance,” he said. “We cannot privatise the port with such ease, without taking into account particular things.”

In the first three weeks of the transition, the group has incurred a net loss of over €150,000, he said.

The first reason was that during the first two weekends shipping companies did not send their vessels to Cyprus because of delays, sending them instead to Lebanon, Malta, or Egypt.

“So we lost shipments. We waited for the port to start operating properly,” Peleties said. “This past week, due to low productivity, we managed to load half the containers that we should have loaded.”

He warned that the unit would close if the cost of loading remained high.

Staff were not working full time because the expected exports were not loaded.

“Our clients tell us that they are not prepared to assume the extra cost,” he said. “If the extra cost is ours and we cannot pass it on to the clients, there is a great danger of closing the unit.”

Transport Minister Marios Demetriades said problems could not be resolved through news conferences.

The minister, who was expected to meet Peletico officials later on Monday, said the company could come to an agreement with the operator for lower tariffs. Demetriades said the contract included a mechanism that provided for some returns, at least in the first three years.

“For merchants whose increase is over one per cent of the product’s value, and this is a very limited number of containers, one or two products, and one being bentonite, some returns are provided for by the operator and the exporter in question can benefit from these,” the minister said.