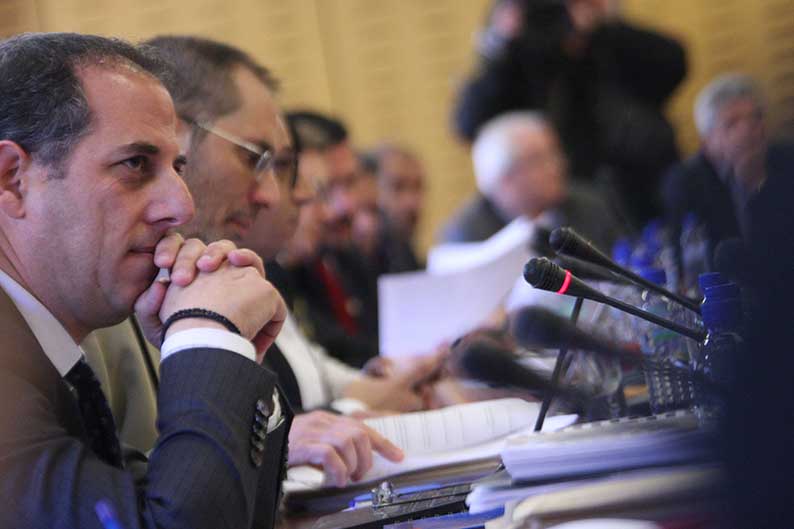 The processing of containers at Limassol harbour appeared to have markedly improved on Monday compared to the previous week, although the situation took a new twist amid allegations that port machinery may have been sabotaged.

A total of 1,300 containers were moved, compared to 1,100 on Sunday, although hauliers complained of small delays due to red tape.

According to the CyBC, the holdup occurred not at the port’s main entrance, but at the second gate where selection takes place for who picks up which container and from where.

Hauliers said the average waiting time once they went past the main entrance was about one hour – better than previous days.

Under an arrangement, hauliers are entitled to €50 from private operators Eurogate if waiting time exceeds one hour.

Panagiotis Agathocleous, who oversees operations at the commercialised port on behalf of the Cyprus Ports Authority, said efforts were underway to simplify the paperwork and speed up cargo clearance.

The delays at the port, after its commercial operations were privatised, were discussed at a joint session of the House transport and watchdog committees.

There, Kyriacos Moustakas, a representative of the hauliers, temporarily caused a commotion when he announced to MPs that the port entrance had become “clogged” because workers had to simultaneously service two ships.

Moustakas hurried back to Limassol to see for himself. Shortly later, he clarified to the media that the information passed onto him was inaccurate and that in fact no such problem arose.

In parliament, transport minister Marios Demetriades – who as the minister responsible has taken flak for the chaos following the transition at the port – said he had information that machinery had been vandalised prior to the handover to the private operator, Eurogate.

When pressed, the minister said the information pointed to former porters responsible for the acts of sabotage.

Demetriades spoke of special interests who were negatively affected by the port’s privatisation.

“There appear to be hidden forces,” he said.

Responding to questions, the minister did not rule out taking his information to the police.

Eurogate manager George Pouros – who until October was working for the Cyprus Ports Authority as harbourmaster – said that out of 11 straddle lifts which were in the possession of the porters, only four were fully operational after Eurogate assumed responsibility for the container terminal. The company meanwhile repaired four and expects to complete repair works in the next weeks.

For his part, Agathocleous said the reason some of the straddle carriers were not operational may be related to negligence to maintain by employees of the porter-firms, as they were about to leave the business as part of the transition.

The government compensated porters and their workers with almost €30m ahead of transferring responsibility for port operations to the private investors.

But as CyBC reported, all the machinery used by the porters had been handed over to the Cyprus Ports Authority long before Eurogate took over operations.

The porters left in August 2016, and since that time the machinery had been managed by the Cyprus Ports Authority.

Auditor-general Odysseas Michaelides, also present at the parliamentary discussion, said that at first sight it appeared the blame for the delays at the port rests on the private operators.

The Audit Office’s concern, he added, is whether the state has the means – via the concession contract it signed with Eurogate – to exact compensation.

Should it turn out that the contract terms were unsatisfactory, part of the responsibility may lie with Rothschild, the consultants brought in by the government to assist in drafting the contract.

“Just because this is a giant company, it does not mean that whatever they advise us is correct. The reason we hire consultants is so that they advise us, not to decide, because they might have other criteria in mind,” Michaelides said.

The consultants’ fee, he pointed out, had been linked to the consideration which bidders for the port’s commercial operations would pay the state.

Michaelides suggested that part of the consultants’ fee – which has yet to be paid by the state – be withheld until it is determined that the consultants bear no responsibility.

The auditor-general went on to speak of a “revolving door”, noting that the former harbourmaster at Limassol is now an employee of the private operators.

Though he did not name the individual, it’s understood he was referring to Pouros.

Michaelides said he will be asking the attorney-general’s office to look into possible conflict of interest.

Hamilton has ‘zero problems’ with Bottas