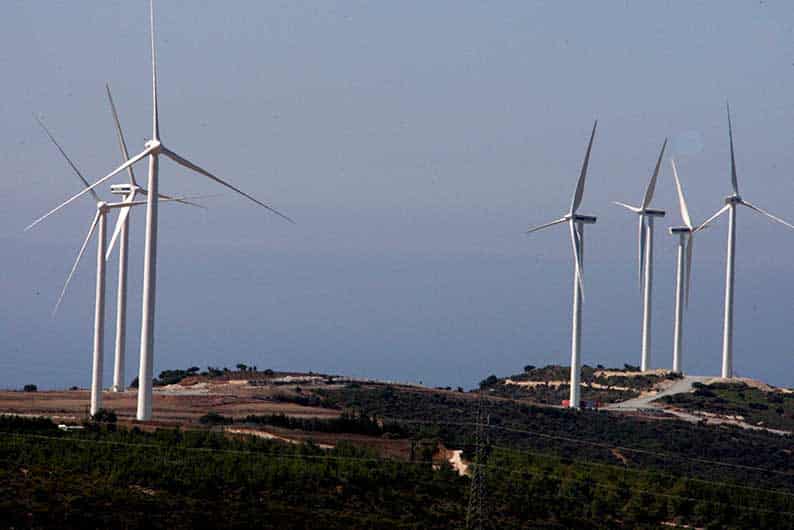 Even put together, wind and photovoltaic solar are supplying less than one per cent of global energy demand

Some months ago, I wrote a piece for the Sunday Mail about the inordinate waste of public resources in spending Cyprus’ entire alternative energy budget on dozens of wind turbines.

This scandalous waste of money was perpetrated by a minister who evidently did little or no homework or research on the issue and was thus responsible for all these unsightly bat and bird killers and the creation of entirely uneconomic electricity.  The degree of parasitical energy to keep the turbines turning has been ludicrous.  The only people to do well from those things are the manufacturers.  The cost of siting them is astounding and when they wear out after a maximum of 25 years, there are no figures available for the removal expense and replacement.

I am indebted to the 5th Viscount (Matt) Ridley, author and businessman for some additional statistics which throw much light on the current state of play for wind power.  The simple facts are that its contribution to world energy is, after centuries of development, trivial to the point of irrelevance.   To the nearest whole number, what percentage of the world’s energy consumption was supplied by wind power in 2014, the last year for which there are reliable figures? Was it 20 per cent, 10 or five?  None of the above: It was zero per cent.  That is to say to the nearest whole number, there is still no wind power on earth.

Even put together, wind and photovoltaic solar are supplying less than one per cent of global energy demand.  Looking at the International Energy’s 2016 Key Renewables Trends we can see that wind provided 0.46 per cent of global energy consumption in 2014, and solar and tide combined provided 0.35 per cent.  Bear in mind that this is total energy, not just electricity, which is less than a fifth of all final energy. Most of renewable energy comes from wood and hydro, and as Matt Ridley points out, a very large part of that is traditional biomass sticks and logs and dung burned by the poor in their homes to cook with.  Those people need that energy but they pay a big price in health problems caused by smoke inhalation.

With world energy demand accelerating, if wind turbines were to supply all of that coming growth, some 350,000 turbines would have to be installed which would require a land area greater than the British Isles, including Ireland.

If we kept this up for 50 years we would have covered every square mile of land area the size of Russia with wind farms, just to fulfil the new demand for energy – not to displace the vast existing supply of energy from fossil fuels which currently supply 80 per cent of global energy needs.

And it gets worse. Out of sight and out of mind is the dirty pollution generated in Inner Mongolia by the mining of rare-earth metals for the magnets in the turbines. This generates toxic and radio active waste on an epic scale, which is why the phrase ‘clean energy’ is such a sick joke. And those who use this phrase should be ashamed every time it passes their lips.

The disposition of concrete (for turbine bases) which uses in itself a huge amount of energy is enormous with mind boggling numbers involved.  You are talking 150 tons of coal per turbine. If we were to build 350,000 turbines a year (and they have to be regularly replaced) this would require 50 million tons of coal a year, which is about half of the EU’s hard coal mining output.

No, the way forward is the use of natural gas which is abundant and relatively clean and with low emissions. Is anyone listening? Does anybody care?

When I last addressed this wind power issue here I asked the government to give us chapter and verse just how much Cyprus’ wind turbines originally cost, together with their maintenance costs – and just what percentage they were making to our energy needs, with provable figures.

Answer came there none and meanwhile the folly of the expense and the ugliness of the turbines continues to exhibit a scandalous drain on the taxpayer.

Just remember, the government has no money. It simply spends yours and mine.

Private debt is the problem