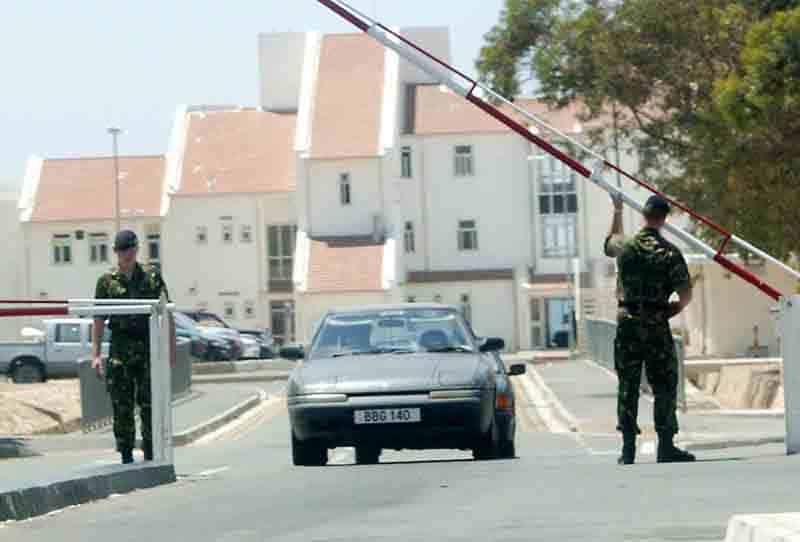 Substantive negotiations between Cyprus and Britain regarding the Bases after Brexit will begin on October 11, Foreign Minister Ioannis Kasoulides told deputies on the House foreign affairs committee on Tuesday, dismissing calls from deputies to put their closure on the agenda.

Kasoulides said Ambassador to the United Kingdom Minas Hadjimichael has been appointed as head of the negotiations on behalf of the Cypriot side.

The foreign minister confirmed that the European Commission has agreed that no steps will be taken unless there is agreement from the Republic of Cyprus and gave Cyprus the green light to enter bilateral negotiations.

This is the only exception to the bilateral negotiation with Britain, always in consultation with the negotiating team of European negotiator Michel Barnier, Kasoulides said adding that when there is a conclusion, the agreement on the UK bases will be incorporated into the Treaty.

According to the minister, what is being sought is to safeguard the rights that Cypriot nationals enjoy under the current regime – where the acquis was also applicable in the British Bases – according to Protocol 3 of the Accession Treaty of Cyprus to the EU.

He also said that Brexit will affect mostly Cyprus, Ireland, Malta and probably the Netherlands as well.
Some members of the House committee, including chairman Yiorgos Lillikas, suggested the government should include in the agenda a demand by Cyprus to abolish the bases.

Speaking after the session, Lillikas said that while Spain has “managed to be a direct interlocutor with Britain over the status of Gibraltar, raising the issue of sovereignty or co-sovereignty, the government of Cyprus limited itself to maintaining the status quo, which was defined in Protocol 3, fleshed out when Cyprus was not yet a member of the European Union.

“In our view the government must raise the issue of the bases on the basis of sovereignty,” he added.

“I believe that Cyprus has negotiating cards, since Britain will need its positive vote in any deal it reaches with the EU [over Brexit], and after that to promote its own views and interests within the union.”

Similar arguments were made by far-right Elam leader Christos Christou.

“In no uncertain terms, we raised the issue of getting rid of the British bases, which must be pursued immediately, as part of Great Britain’s exit from the European Union,” Christou said.

“As a third country [after Brexit] it will be unable to offer any excuse.”

Asked for comment during the session, Kasoulides replied that the issue touches on the very existence of the Republic of Cyprus, which derives from the 1960 Treaty of Establishment, also establishing the military bases.

Speaking about the UK, Kasoulides pointed out that it is the second biggest commercial partner of Cyprus and the first in terms of services and investments.

Kasoulides added that the UK plays an important role in issues of mutual interest, such as maritime affairs.

Regarding efforts to attract businesses to Cyprus, Kasoulides said that a campaign is being conducted in the framework of the cooperation between the finance ministry and the Cyprus Investment Promotion Agency and that presentations are made in the UK.

Of course, he added, Cyprus will not be able to compete with Frankfurt or the Netherlands, but it would be a positive development if it could attract even a comparatively smaller number of businesses.

May says Brexit will not mean a hard border with Ireland