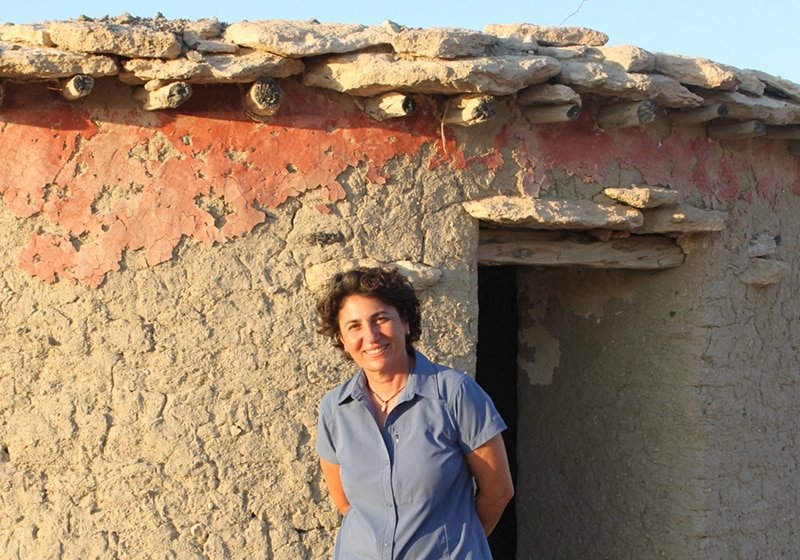 Ongoing efforts to unearth and preserve cultural treasures in the north of Cyprus remain the victim of the Department of Antiquities’ refusal to pursue collaboration until there is a solution to the Cyprus problem, the Science journal reported this week.

On Wednesday, a report published in the prestigious journal presented the ongoing work of Dr Muge Sevketoglu, a Turkish Cypriot archaeologist who has dug up evidence of a settlement of farmers in Akanthou dating back more than 10,000 years – “among the earliest on this island” or, indeed, “anywhere”, the journal reported.

It is quite a big deal, but not bigger, apparently, than the Department of Antiquities’ firm insistence that any and all archaeological digging in the north is illegal.

“The Department of Antiquities in the south forbids excavation in the north, and condemns journals or meetings that present research on northern sites,” the Science report said.

Resisting any trend toward normalising the political situation in the north, the department won’t approve excavations there unless they are “strictly required to safeguard, record or preserve cultural property”, it added.

“We do not feel that the on-going excavations [at Akanthou] reflect any of the above categories,” director of antiquities Marina Solomidou-Ieronymidou said in a statement to Science. She says research excavations should only resume when the island is politically reunited.

Meanwhile, Cyprus’ cultural heritage in the north faces mortal perils. Development projects and the Turkish army have damaged several monuments before or even after they were designated as such, while still-uncovered prehistoric settlements, according to Sevketoglu, are at very real risk of being consigned to oblivion.

In its own mission statement, the Antiquities Department lists the “management of the archaeological heritage of Cyprus” as its key responsibility, with main areas of activity being “systematic and rescue excavations”, as well as the “conservation, restoration, protection and promotion of ancient monuments, archaeological sites and of monuments of architectural heritage”.

To the layman’s eyes, this may seem like a mandate to dig anywhere Cypriot cultural heritage might be found, and then conserve, restore, protect and promote what has been unearthed.

“Any excavation conducted in the occupied areas is illegal,” Solomidou-Ieronymidou replied flatly to the Sunday Mail’s questions on the possibility of engaging in archaeological activity in the north.

“There is no way to hold excavations in the Turkish-held areas legally. The only way for excavations to be legal in the territory of the Republic of Cyprus is with permission from the head of the Antiquities Department.”

Solomidou-Ieronymidou referred to “the Hague Convention and other international treaties”, which she argued make any digging in the occupied areas illegal.

“The only way to have legal excavations in the Turkish-held part is after the solution of the Cyprus problem,” she repeated.

But in the vortex of complexity that is the Cyprus problem few things are this straight-forward. Indeed, according to one individual familiar with the issue, who requested to remain anonymous, the 1954 Hague Convention for the Protection of Cultural Property in the Event of Armed Conflict, which Cyprus ratified in 1964 and Turkey a year later, allows for co-operation under certain conditions.

“Not only have [the Department of Antiquities] not pursued such co-operation, but you know what our Republic is like – you know, that rigid insistence on the letter of the law that not only creates insurmountable obstacles but actually makes things worse,” the Sunday Mail’s source said.

According to Science, options include expanding the mandate of the bicommunal Technical Committee on Cultural Heritage. This EU and UN-funded committee has overseen the renovation of historic churches, mosques and other cultural monuments on both sides of the divide, the Othello’s Tower in Famagusta in particular.

Its mandate currently includes only immovable cultural heritage but could be expanded “to include archaeological sites, and encouraging observational studies in the north without changing existing policies”, the journal said.

“I am not a government official, nor do I desire such a position – I am a scientist voicing out the situation and raising the flag, as I look back on my experiences and the near-future dangers: irreparable destruction and loss of heritage,” Sevketoglu told the Sunday Mail.

“I have my ideas of how collaboration can work under the umbrella of an international committee of selected people who worked or are working in Cyprus. Many archaeological sites in the south are ironically excavated by foreign teams – French, American and British – but they are barred from helping at rescue works in the north.”

It is not entirely unironic that, among the accomplishments she is most proud of in her career, Sevketoglu lists the staffing of pretty much all of the Turkish Cypriot archaeology staff working on the Committee of Missing Persons (CMP) – the very model for bicommunal co-operation in the service of a higher purpose.

“We used the opportunity of the rescue excavation at Akanthou from 1999 to 2005 to train Turkish Cypriot archaeology students,” she said.

“Ninety-five per cent of the Turkish Cypriot archaeologists working on the CMP were trained at Akanthou rescue excavations. The CMP’s work – Greek Cypriots and Turkish Cypriots exhuming missing persons in such admirable co-operation – would not have been possible otherwise.”

Citing Greek and Turkish archaeologists working and publishing together in projects on both sides of the Aegean, Sevketoglu stressed the urgent need of working out an arrangement.

“In 2018 I will complete 30 years of service in Cyprus archaeology,” she said.

“This is my last shot to inform those in authority to change their stance – the United Nations needs to step in and establish the rules between the Greek Cypriot and Turkish Cypriot authorities to make this work out.”

Our View: Shipping industry robust because ignored by politicians

Greece up to second after win in Cyprus