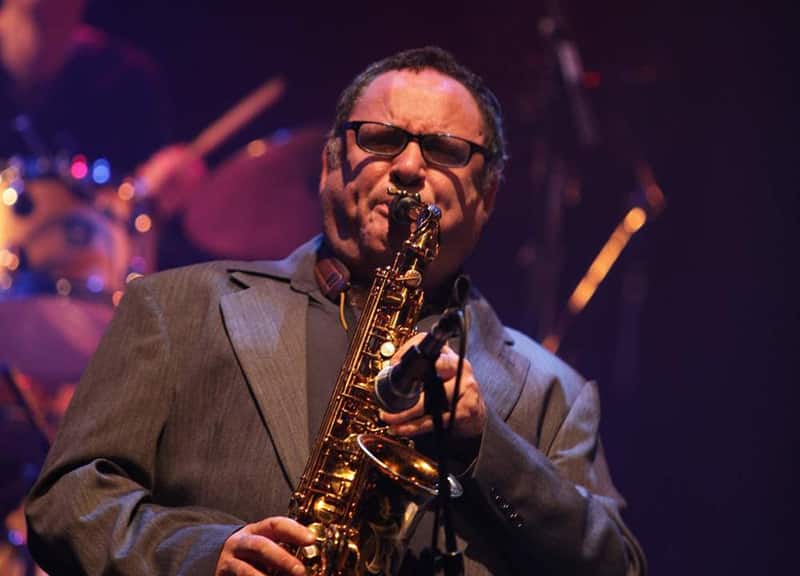 Nothing says jazz like the sweet sound of the saxophone, and nothing says good jazz like a saxophone in the hands of a man who has dedicated his life to the instrument, backed by an expert trio.

Virtuoso saxophonist Gilad Atzmon and Koullouras Trio are coming together for three concerts in Limassol, Paphos and Nicosia in an attempt to satisfy jazz lovers islandwide.

Israeli-born British jazz musician, music producer, novelist and activist Atzmon – nicknamed the Whistle Blower – is not only an accomplished saxophonist, he is also well-known for his talented playing of the clarinet and ethnic woodwind instruments. He has been described by John Lewis in the Guardian as the “hardest-gigging man in British jazz”. This is because he extensively tours around the world playing in festivals, concert halls and clubs, sharing with fans some of the tracks from his album Exile, which was the BBC jazz album of the year in 2003.

As a bandleader and reed player, his powerful personal style merges the music of the Middle East and Eastern Europe together with Jazz and contemporary improvised music. Increasingly his music is moving towards a cultural hybrid as he explores the meaning of urban folk, the cultural melting pot of the contemporary city.

Cypriot double-bass player Irineos Koullouras (who is part of the Koullouras Trio) studied next to famous jazz musicians Ron Carter, Charlie Banacos and Ed Barker. He has also performed in New York and many European countries with great musicians such as Gary Burton, Theothosi Spassov and Ofer Ganor. In 2001 he moved to Athens, where he collaborated with Charis Alexiou, Christos Leontis, Nikos Xydakis, Nena Venetsanou, Socrates Malamas, Arturo Sandoval, Larry Harlow and others and was taught double-bass at the Nakas Music School. Currently he performs regularly with his Trio (along with Giorgos Krasides on the saxophone and Giorgos Koulas on the drums) and other bands.

Andreas Panteli, who will be accompanying the jazz musicians on piano, began with classical training at the Ethniko Odeio in Cyprus. He then began his jazz piano studies at the Rotterdam Conservatory and the Royal Conservatory of Den Haag. In 2008, he won first place in the Nicola’s Economou Contest. In the last few years he has performed his work in Cyprus and Europe, with various groups and music centred on improvisation. In 2014 he began working together with Louvana Records and creating the Improvisation workshop at the Music Village Feggaros. The pianist is currently involved in three projects: The Afro-Banda Banana project for which he composes music in the style of the afrobeat music tradition, the Ermis Michail Quintet and the Hatzidakis Revisited project.

Completing the jazz vibe is Stelios Xydias on the drums. After graduating from the Rotterdam Conservatory, Xydias returned to Cyprus where he actively performs in the local music scene and is a music educator. He has performed in many international and local music festivals, next to great musicians such as Gilad Atzmon, Alexia Vassiliou and others. He has also performed in various records (including Simplicity with the Andreas Rodosthenous Ethnic Jazz Ensemble, Seven Miles East and Colours of Another Sky by the Takoushis-Karapatakis Project) and in October 2014 he published his personal EP Silence, which is a solo drums project.