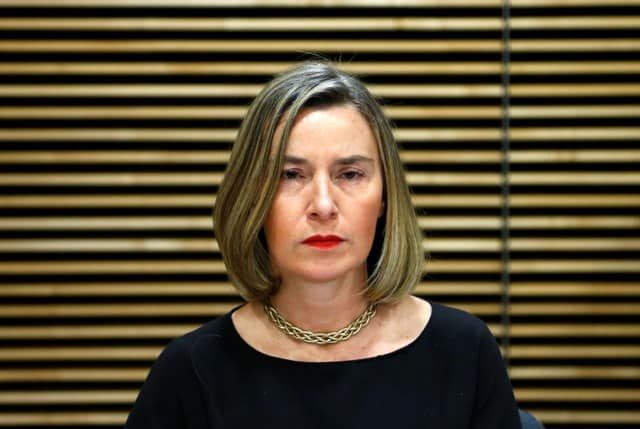 The European Union acted on Tuesday to reinvigorate the membership ambitions of six Balkan states and reclaim the region as its own amid growing Russian and Chinese influence, setting 2025 as a goal for Serbia and Montenegro to join.

Seeking to breathe fresh life into the EU with Britain set to leave, the European Commission set out a strategy to bring Western Balkan nations into the fold if they achieve required reforms, marking a change after years of fading interest.

“The door is open … There is a clear path for the Western Balkans to finally join the European Union,” EU foreign policy chief Federica Mogherini said of Albania, Bosnia, Kosovo, Macedonia, Montenegro and Serbia as she presented the plan at the European Parliament in Strasbourg.

“The future of the Union is not bound to be at 27,” she said, referring to the current membership level of the bloc, discounting Britain, which is due to leave in 2019.

Serbian and Kosovar politicians reacted positively to the announcement and Serbia’s Prime Minister Ana Brnabic said it was a call to “work every day from now … to become part of the European family of nations”.

Earlier in Brussels, Johannes Hahn, the EU’s enlargement commissioner, also warned that the bloc should not repeat past mistakes, alluding to what many believe was the rushed accession of Romania and Bulgaria in 2007 and the poorly managed migration of eastern European workers to Britain.

That turned many Britons against the European project.

Hahn cited “enlargement fatigue” in some EU countries that still needed to be overcome, but also noted European companies were investing heavily in the Balkans.

Commission President Jean-Claude Juncker had played down enlargement at the start of his five-year term in 2014, and that left Balkan citizens wondering if they would ever be admitted.

Meanwhile, Chinese investment in the region, though welcomed by governments, is seen as undermining EU standards because it does not come with the same stringent requirements as EU aid.

But in a change of tone, top EU officials now insist there is no alternative but for the countries to join the European Union.

Their inclusion is being held up as an EU ideal that is long overdue since the 1989 end of the Cold War and the break-up of Yugoslavia in the 1990s. Hahn told Reuters last month it was “time to finish the work of 1989”.

Support for EU membership ranges from roughly 75 percent in Kosovo to 52 percent in Serbia.

The Balkan strategy drawn up in Brussels aims to show the region that membership is certain if countries meet EU demands including establishing independent courts, a free press and breaking up crime rings that have badly weakened governments.

Jasmin Mujanovic, a US-based political analyst, warned that the EU strategy would run into the same problems if there was not a new plan to help reform the Western Balkans.

“There’s a lot of lip service to addressing what are the structural problems in the region, which is corruption, clientilism and entrenched illiberal elites. But it’s unclear to me as to what exactly they propose to do about this.”

Integration means increasing access to EU funds and is designed to foster reforms to lure investors, boost growth and encourage stability in a region still grappling with the legacy of Yugoslavia’s socialist planned economy.

Albania and Montenegro are already members of the US-led Nato alliance while Macedonia is likely to be offered Nato membership, often seen as a springboard to EU membership, if it can overcome a dispute over its name with Greece.

EU leaders will embrace the 2025 timeline at a special Western Balkans summit in May in Sofia, the Commission said.

Serbia and Montenegro are the most advanced in the accession process but Hahn said that could easily change if Serbia did not recognise the independence of Kosovo, its former province.

Belgrade’s ally Russia and five EU states have also refused to recognise Kosovo, including Spain, which is trying to contain its own separatists in Catalonia.

Kosovo’s Integration Minister, Dhurata Hoxha, said it was important that the European Commission stressed Kosovo’s status as an independent country.

“The fact that the EU treats Kosovo’s accession to EU as separate from Serbia for me is the recognition of our independence despite that some of the EU members states do not recognise us,” Hoxha said.