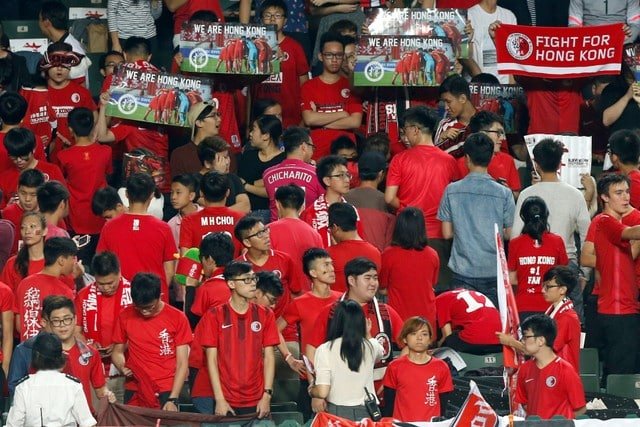 Hong Kong proposed new laws on Friday punishing mockery of the Chinese national anthem with up to three years in jail, mirroring new penalties in mainland China and raising fresh concerns over the city’s promised freedoms.

Booing the national anthem has become a common form of political protest at football matches in Hong Kong, as youths express frustration at perceived creeping influence of Communist Party rulers in Beijing over the city’s culture and freedoms.

If passed, the proposed bill, submitted to the Legislative Council, would also make it a legal requirement for schools to teach the anthem, the “March of the Volunteers”, its history and its “spirit”.

A new law banning disrespect for the anthem came into force in mainland China last year, but it was not automatically applicable to Hong Kong, a former British colony handed back to China in 1997 under promises that its core freedoms would remain intact under a “one country, two systems” formula.

But China in November formally extended the law to the freewheeling financial hub, forcing the government to pass new legislation under its separate common law legal system.

The proposal comes as concerns mount over the perceived erosion of “one country, two systems”, with Britain’s half-yearly report on Hong Kong saying its high degree of autonomy was coming “under increasing pressure”.

The Hong Kong government said in response foreign governments should not interfere in its internal affairs.

Hong Kong has already outlawed the desecration of national flags and emblems, also punishable by three years’ jail, but no equivalent laws are in place for the anthem.

Under the proposed bill, performing the song in a manner harmful to its “dignity” would be illegal.

A person who “publicly and wilfully alters the lyrics or the score”, performs the song in a “distorted or derogatory manner” or insults the anthem in any other way could be liable to three years imprisonment and a HK$50,000 ($6,375.11) fine, it said.

References to the promotion of patriotism in the mainland Chinese law do not appear in the proposed Hong Kong bill which is expected to pass easily when it comes to a vote as the opposition does not have enough seats to block routine legislation.

The date of voting has yet to be announced.

“If the bill becomes a reality, this would harm the public’s basic rights,” said opposition Democratic Party leader Wu Chi-wai in a statement.