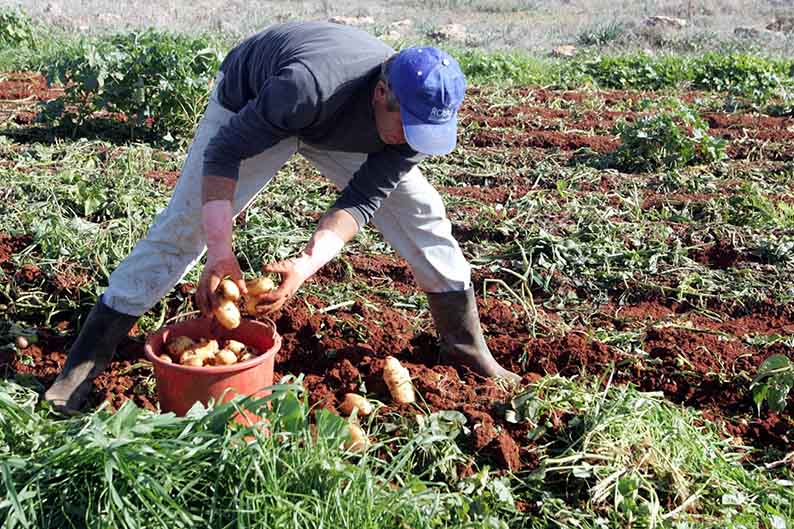 Farmers have been urged not to plant new crops as poor rainfall this winter is likely to mean less water will be available for irrigation compared to other years.

The Water Development Department (WDD) announced on Tuesday that the water allocated to farmers will be announced toward the end of the month following consultations with farmers’ associations and pending the approval of the cabinet.

But taking into consideration the low rainfall, the WDD said farmers ought to ‘drastically reduce’ the amount of water they use on their existing crops and to refrain from growing new ones as a smaller water allocation than last year is likely.

As regards domestic use, the WDD also called on consumers to restrict water use as much as possible and avoid waste, such as hosing down pavements and patios.

The prospect of water cuts for irrigation prompted Paphos farmers last week to call for the speeding up of procedures for the construction of a desalination plant in the district.

In a meeting, farmers in Mandria, Timi, Acheleia, Kouklia, Anarita and Geroskipou who get water from the Asprokremos reservoir also called on the water development department to refrain from cutting water for irrigation purposes.

According to community leader of Mandria Kypros Michaelides the department cuts off 16 per cent of the water allocated to farmers, and this year cuts may exceed 30 per cent.

Farmers complained to the government about the delay in the construction of a new desalination plant, which is to be built in Kouklia.