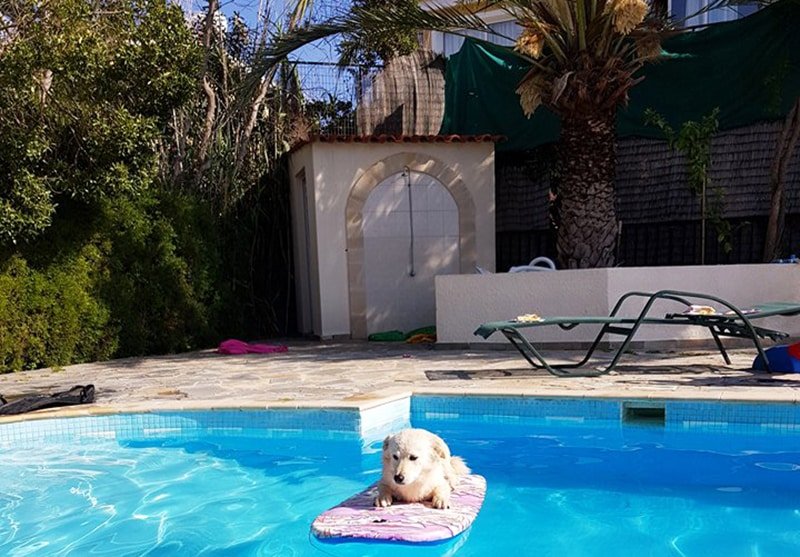 A group of Paphos youngsters are suspected of killing a seven-month old puppy which was reported missing to the government veterinary services a few days ago. He was found at the weekend, dead under a tree with a chain around his neck, next to a small village park.

Distraught owner Becky Chabah was informed by a witness that she had seen a group of four children aged around 8 to 10 years, three boys and a girl, put the chain around the dog’s neck after taking him into a small children’s park and play area in Chlorakas, and pull and drag him backwards and forwards between them on the chain until he died.

“This is horrific, where does this sort of behaviour and violence come from? The children need to understand what they did was so wrong and horrendous and the pain they have caused our dog and all of us,” Chabah told the Cyprus Mail.

The worried family had been frantically searching for the much-loved missing puppy for a few days after he wandered from their house one evening and had offered a €1,000 reward for his safe return. They had also posted pleas for his return or for information of sightings of him all over social media, put up photos of the dog in kiosks, supermarkets and the local school.

Chabah’s four children have been left distraught and inconsolable, and her eight-year old daughter insists on sleeping with the dog’s blanket and toys, she said.

“Fluffy was such a huge part of our lives, he was a member of our family and a friendly and happy little dog. I’m sure he thought these children were just playing with him.”

Fluffy lived in a quiet area and was often seen strolling to the nearby park and back home again on his own. He was microchipped and had been lying dead in the park, which is only 200m or so from their home, for five days before a witness came forward and the family were able to collect him. 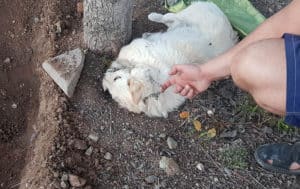 The eyewitness to the entire event that said she was ‘too afraid and intimidated’ by the children to stop them and did not call the police at the time, however she is currently cooperating with the authorities to identify the four. Police have said that there is not much they can do to punish the perpetrators as they are so young.

A Paphos police spokesman confirmed that in such instances where suspects are young children, no serious action can be taken.

“They are too young for criminal responsibility, but they may be issued with a warning, along with their parents, and the social services are informed so that they can offer support and advice and consult with the parents on how to better look after the child,” he said.

Chabah has also filed a report with the government vet and the Cyprus Animal Party.

Head of the party Kyriacos Kyriacou said that more needs to be done by the state to educate students and parents and a new era in animal welfare needs to be encouraged.

“Education is the first thing and it all starts with the parents and then the teachers. Children are sensitive and need to be encouraged to be compassionate and made aware of the pain they cause an animal when they torture it. They need to be taught about animals, nature and the environment and how important it all is,” he said. He also said that violent children can grow up to be violent adults.

Chabah said she is very worried about the violence displayed towards Fluffy and that everything possible must be done to prevent anything similar happening in the future.

“I am concerned that the police won’t take this seriously, but what will these children be like in ten years, what have they been taught? Something must be done to stop this behaviour before another animal or possibly a person is hurt,” she said.

Our View: Fire and brimstone on referendum anniversary