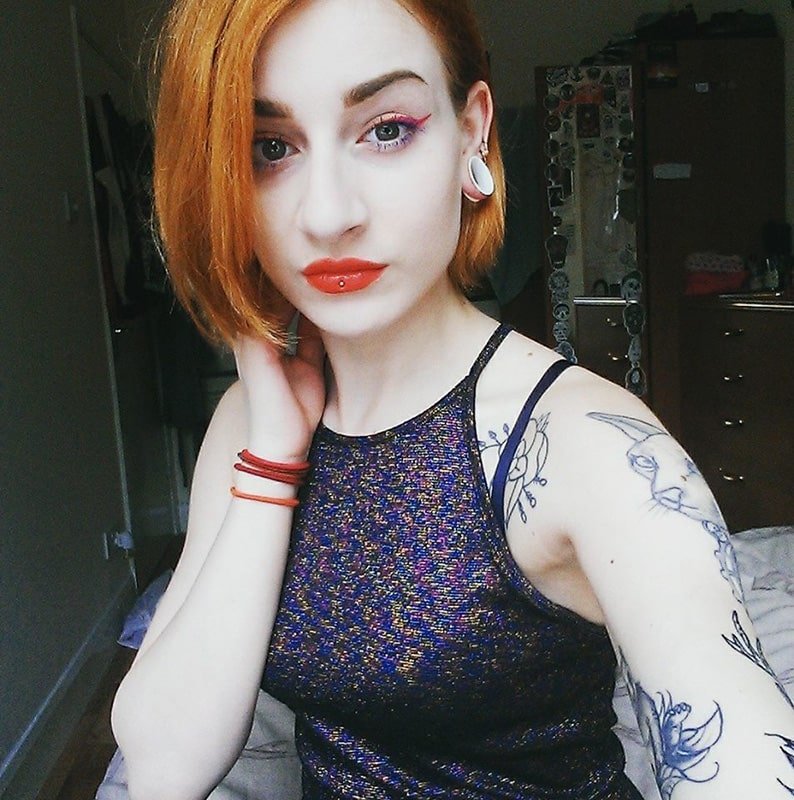 The killer of pub worker Iuliana Tudos, a Moldovan citizen born in Russia and adopted by her Cypriot step-father was jailed in Britain on Thursday for 29 years, the UK Press Association reported.

The victim’s stepfather Costa Vasiliou, who travelled from Cyprus, paid an emotional tribute to the 22-year-old at the Old Bailey, PA reported.

He said: “She was murdered in the most repelling and inhuman way, a disgrace to the human race. “As parents we have lost our beloved daughter.”

Tudos, who also called herself Julie, went missing on Christmas Eve last after she finished her shift bartending at the World’s End pub in Camden. She was found dead in Finsbury Park, near her north London home, on December 27.

A post-mortem gave the cause of death as a stab wound to the abdomen and a head injury. Kasim Lewis, 31, was accused of the killing between December 24 and December 27 “fuelled by cocaine, cannabis and alcohol”, the UK court heard.

Vassiliou described Iuliana as “full of energy”. She was loved and treasured by all her family and relatives,” he said. “She studied hard and worked hard. She was a shining example to many other young people. As parents our dream was for Iuliana to come back to Cyprus.

“She was murdered. All her dreams have been lost. This gives us great sadness.”

According to PA, Lewis attacked Tudos with a bottle, and carved what appeared to be a Batman logo on her chest. She had also been bound up with cable ties during the “sustained and brutal attack”.

Judge Richard Marks QC jailed him for life with a minimum term of 29 years.

He told Lewis the attack was done with the “utmost callousness and barbarity” and was “wicked beyond belief”.

Outlining the facts, prosecutor Crispin Aylett QC said: “Iuliana was struck over the head most likely with a bottle, she was also stabbed with a broken bottle in the neck, on her abdomen and on her

“Although there is no evidence that Iuliana was actually sexually assaulted the prosecution allege that this was a sexually motivated and sadistic attack.”

Lewis extracted her PIN number and later withdrew cash from her account as she lay dead.

During the investigation, Tudos was picked up on CCTV at 8.33pm heading towards the entrance of Finsbury Park.

When she failed to turn up at her friend’s to celebrate Christmas, they posted messages on social media and distributed flyers to find her.

A group of friends searched Finsbury Park and found the body in a burnt-out hut by an old cricket pavilion.

Paramedics described a wound to her chest as looking like the logo for Batman or the letter M.

The next day, the defendant tried to lay a “false trail” by texting a contact to ask about the discovery of a woman’s body.

Police went to Lewis’s home on New Year’s Eve and found cable ties like those used on the victim and a knife in the fridge.

They tracked down the bisexual defendant at his on-off boyfriend’s Dalston flat.

When he was arrested, HIV positive Lewis told them: “I did it”, the court heard.

A search of his phone revealed a trailer for a pornographic film featuring a young woman being chased into an alleyway and then bound with cable ties.

Lewis, who was born in Monserrat and lived in north London, had previously been jailed for an earlier sex attack.

In September 2005, he was handed two years for sexual assault and exposure on a bus and placed on the sex offenders register but failed to comply with restrictions.

He argued there was no evidence of a sexual assault and injuries indicating a sadistic element were inflicted after she was knocked unconscious, he said.

Judge Marks said he did not sentence on the basis it could be proved to be a sadistic killing.

He said: “This is a killing that demonstrated the most appalling brutality. It was horrendous and barbaric. Whether sadistic is open to argument but the degree of violence in it is a significantly

He told Lewis: “This slightly built young woman was alone in a park at night and was as such vulnerable in the extreme. She must have died a terrible death. What you did to her was wicked beyond belief.”

Three remanded on suspicion of bombing car of mayor’s mother