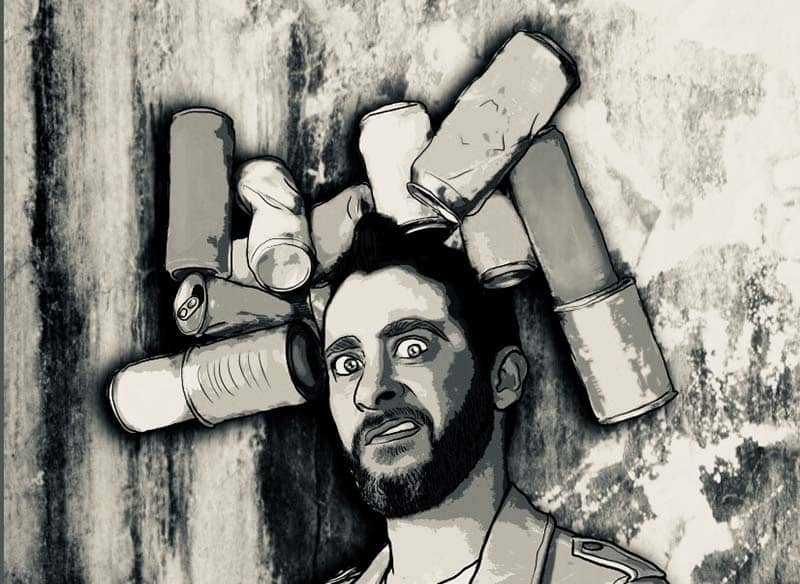 The theatre is a place where everything can happen. It is where thrown-away objects can come alive, live together and decide to live well.

This city will come alive in the play Tin City by Evgenia Fakinou as part of the Kypria International Festival 2018, for four performances.

Before we get into the nitty-gritty of the story, you should know that, although it looks like a play for children, this is actually for an adult audience who have an interest in sociocultural matters.

Now for the story. It is set in a wacky and magical town which wakes up when everyone else is asleep. Tin City, which is basically a town of cans, is unlike any other town. It is not made of brick, stone, cement or glass. It is a town made entirely out of cans and the inhabitants are, what else, cans.

These empty cans are old and rusty, they have been thrown away and forgotten in a dump. Instead of wallowing in self-pity, the cans decide to build their own community and live in peace. The residents of the city have strange names like Sardine, Militsa, Voutirenia and Okay-bam-bam. Sardine used to carry sardines, Militsa carried canned apples, Voutirenia had butter and Okay–bam-bam used to be a carrier of Coca-Cola. They all lived in their city, in a peaceful environment until one day.…and this is as far as we go, for the rest you will have to go to the theatre and see what happens to all these strangely-named characters.

“Tin City,” according to the press release “is a revolutionary story with a deep cultural and political message, with plenty of humour and imagination. A classical epic, a picturesque setting, where the story is narrated by means of the imaginative use of music, visual effects and acting.”

If we compare the cans to humans, we get a feeling of how social reality works. Citizens (small cans) interact with authority figures (big cans) and take actions that shape their attitudes towards society. In this city made of cans, just like in everyday life, citizens often feel as if they have a supreme purpose and have power over their own destiny, while at other times they revolt in order to regain their independence when they feel that power is being taken away from them.

What really matters to every citizen (according to the press release), as displayed in the attitudes of the oppressed characters in Tin City, is the defence of their own freedom and dignity, which is achieved through their active intervention, the questioning of power, the perception of their self-reliance and cooperation, and enforcing the State’s obligation to social justice.

The play is directed by Irene Andronikou, who also stars in it together with Anthony Papamichael and Ivie Nicolaides.

The first performance will be at the Rialto Theatre in Limassol on Tuesday, and then on Wednesday at the Larnaca Municipal Theatre. The performances in Nicosia, at the THOC New Stage, will be on Saturday at 6pm and on Sunday for two shows at 6pm and 8.30pm.

Liverpool ready to compete for every trophy, says Van Dijk