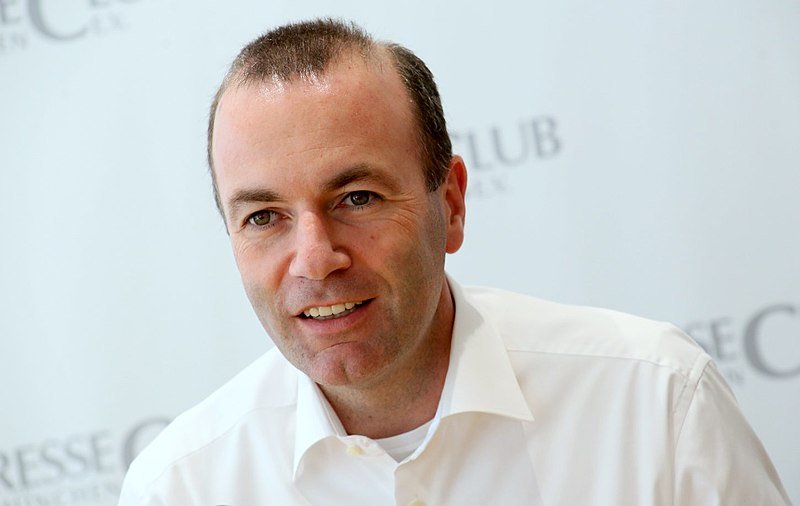 The Cyprus problem is also a European problem, EPP’s Leader in the European Parliament and candidate for the European Commission presidency Manfred Weber has stressed, noting at the same time that Cypriots must feel that they are protected by a strong European Union.

Speaking to journalists from Cyprus covering the deliberations of the plenary of the European Parliament in Strasbourg, Weber said that Cyprus is much stronger today in the negotiations towards Turkey because Cyprus is part of a strong European Union.

He expressed his full support to President Nico Anastasiades and his efforts to solve the Cyprus problem.

Weber said that he was sceptical about Turkey’s course towards the EU adding that Turkey is not anymore on a European path. He said that he could not imagine how Turkey would become a full member of the EU. “Turkey is going in the wrong direction” he noted.

Regarding Cyprus’ search for natural gas in its exclusive economic zone (EEZ) and the Turkish threats, Weber said that this is a great opportunity not only for Cyprus but also for the EU to become more independent in the future in the energy field.

To this end, he noted, we must act together to protect our activities and interests, adding that Cyprus can fully count on the European Commission.

He said that Cyprus’ natural gas exploration and exploitation will not only help Cyprus but the whole of Europe.

Stena IceMax, a drilling ship commissioned by Exxon Mobil is set to explore for hydrocarbons in block 10 of Cyprus’ exclusive economic zone.

Exxon Mobil was awarded, together with Qatar Petroleum the exploration licence in block 10 of Cyprus’ EEZ.

Arrest in connection  with attempted murder