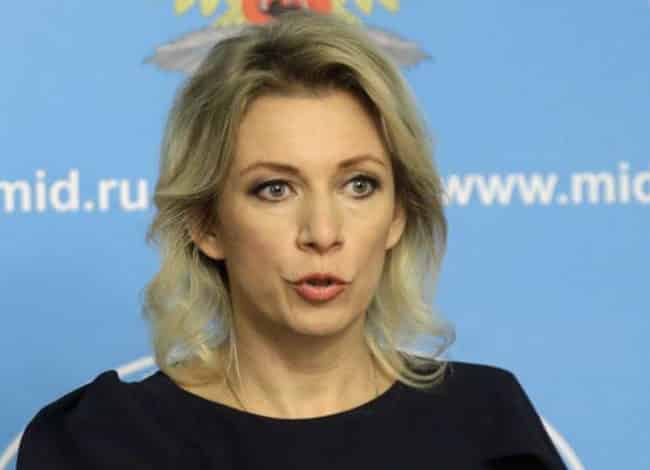 IN THE past week, the government was made to realise that breaking free from the clutches of the Russian Federation will not be as easy as it may have thought. After two decades of subservience to Moscow – a subservience that became more pronounced with the passing years and strengthened the perception that the Cyprus Republic had become a Russian satellite – it was naïve to believe we could change the terms of this master-servant relationship without any negative consequences. President Putin’s Russia does not tolerate such actions from countries it considers client-states as he has shown in the cases of the Ukraine and Georgia.

This is not to say that we should expect military action, even though last Wednesday’s threats voiced by the Russian foreign ministry spokeswoman, Maria Zakharova, responding to a question about an alleged military build-up by the US in Cyprus, left the possibility looming. Zakharova did not even bother with diplomatic language. The militarisation of Cyprus, as part of US and Nato plans “would inevitably lead to dangerous and destabilising consequences for Cyprus itself”, she said before explaining who would cause these consequences. “We have repeatedly pointed this out to the leadership of Cyprus … We will have to take response measures in case of their implementation.”

What should be more worrying to the Cyprus government was that these were not off-the-cuff comments by a spokeswoman. The question was put by a journalist from the state-controlled news agency Tass and Zakharova’s response was from a prepared text, indicating that Moscow’s policy was to make its threats public. No attempt was made to amend or tone down the comments, despite a call by Foreign Minister Nicos Christodoulides to his counterpart Sergei Lavrov and contact with the Russian ambassador in Nicosia. On the contrary, the threats were repeated the next day, the Russian embassy in Israel tweeting about plans to “set up a forward deployment base for the US armed forces” in Cyprus and warning that if these materialised, Russia “will be forced to take action”.

The claims of a military build-up in Cyprus were dismissed as “characteristically absurd” by the US State Department. It acknowledged that Cyprus and the US had signed a non-binding statement of intent, “expressing both countries’ desire to explore opportunities to deepen bilateral security cooperation on a wide range of issues including counter-terrorism, disaster response, cyber security and anti-money laundering.” Greece’s prime minister, Alexis Tsipras, who was on a trip to Moscow, also gave assurances, during a joint news conference with President Putin on Friday, saying there were no thoughts or prospects of militarising Cyprus, a position he implied had been conveyed to Moscow by Christodoulides.

Moscow’s claims about a military build-up and of Cyprus “being drawn into US and Nato plans in the eastern Mediterranean”, were a pretext for warning the Anastasiades government not to move closer to the West. There are enough Nato troops in Cyprus without the Americans bringing their own – we have 30 to 40 thousand Turkish troops in the north as well as British troops and air force in the south. It is no secret that the US military uses the British bases when the need arises, without even informing the Cyprus government. The real issue is not the imaginary military build-up, but Cyprus’ attempts to stop acting like a Russian client state and move closer to the West.

There have been practical indications that this is happening. Apart from the closing of tens of thousands of Russian bank accounts and shell companies, at the instigation of the US earlier this year, the government also refused to cooperate with Moscow over the Bill Browder case, despite a court decision opening the way for Russian investigators to come to Cyprus. This was a big turnaround, considering the Cyprus was the only EU member-state cooperating with Russia on Browder, a case the Council of Europe and Interpol considered politically motivated.

Moscow would also have been annoyed by Christodoulides’ visit to the US in November, after which the foreign minister, who had meetings with State Department officials including the Mike Pompeo, spoke about strategic cooperation. Meanwhile, last Tuesday, President Anastasiades spoke about the “interest shown by the US to take part in the trilateral cooperation” of Cyprus, Israel and Greece, saying he expected this to “confirmed in practice”. Perhaps it was this that provided Moscow with the excuse to speak about a military build-up.

Cyprus served Moscow well for many years and gained financially from this loyal service, which included being a Russian proxy in the EU, opposing sanctions, releasing a Russian spy wanted by the US, extraditing victims of Putin’s political prosecutions as well as actions that were never made public. Russia is now reacting because there are signs its control over the Cyprus government is weakening while US influence is growing. It also sees the Exxon Mobil drilling, which, if successful, would result in natural gas being sold to Turkey, as a threat to its financial and political interests as it would reduce Turkey’s energy dependence.

How the Anastasiades government will handle this very difficult situation, bearing in mind the big financial interests directly linked to good relations with Moscow, remains to be seen. It should realise that will be impossible to build strategic cooperation with US while remaining a Russian client-state.

Soon it will have to make a hard choice, taking into account Russian warnings about the “dangerous and destabilising consequences”.

Tales from the Coffeeshop: How we grieved for our lost halloumi