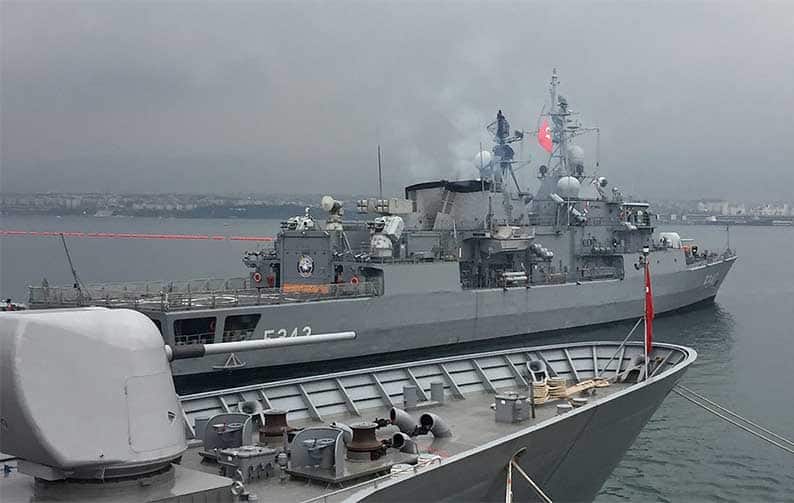 The Turkish navy exercise encompasses the Black Sea, Aegean and the Eastern Mediterranean.

Turkey on Wednesday launched what has been described as its largest navy drill in its history by its official news agency Anadolou, which some Greek Cypriot parties have linked to expansionist policies in the region.

According to Anadolou, over 100 vessels are taking part in the exercise dubbed ‘Blue Homeland’ which is due to last until March 2. The drill encompasses the Black Sea, Aegean and the Eastern Mediterranean.

Socialist Edek in a statement said the drill “confirms Turkey’s aspirations” to extend its maritime borders in violation of international law, while the Green Party suggested it was linked to the probable announcement on Thursday by US energy giants ExxonMobil of its findings in block 10 of Cyprus’ exclusive economic zone (EEZ).

“While the efforts of the United Nations and the leaders of the Greek Cypriots and Turkish Cypriots are resuming the dialogue to resolve the Cyprus problem, Ankara is escalating its challenges in every possible way,” the party said.

“This movement by Turkey aims to challenge the Republic of Cyprus, its geopolitical and geostrategic territory.”

Asked to comment, government spokesman Prodromou Prodromou said on Wednesday “some might say it is message related to the elections taking place in Turkey”.

Prodromou said he would not go into an analysis of the decisions and actions taken by Turkey but rather repeat the position of the Cyprus government on the benefits of observing international law “through all the relationships we have with all neighbouring countries, except, unfortunately, Turkey”.

He said that during their meeting on Tuesday, President Nicos Anastasiades had reminded Turkish Cypriot leader Mustafa Akinci that Turkey’s actions in Cyprus’ EEZ, “unfortunately, do not contribute towards the resumption of negotiations and a resolution of the Cyprus problem”.

Solari plays down talk of Bale rift ahead of Barca showdowns