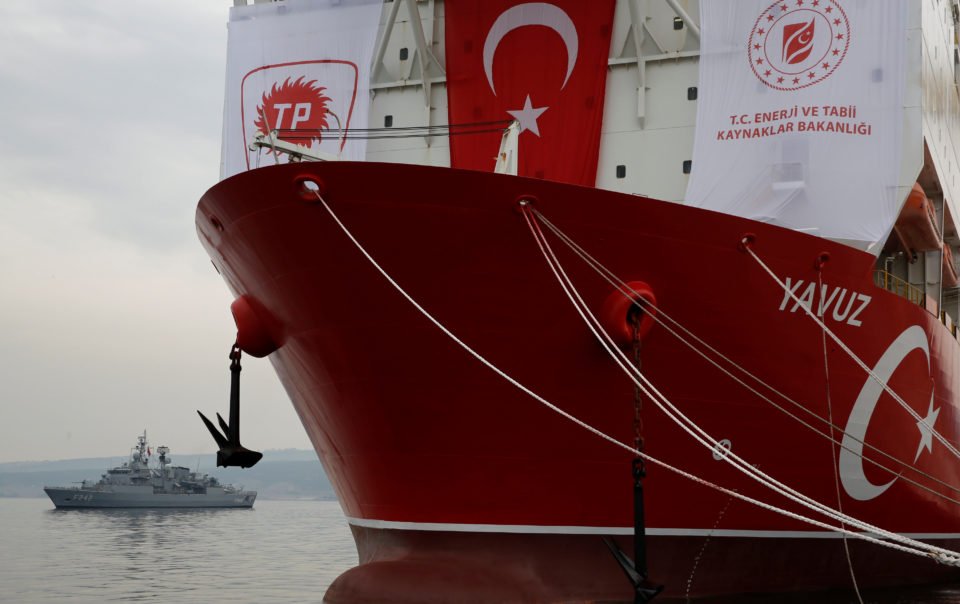 Turkey on Friday dismissed as provocative, media reports that its drillship Fatih, which is operating off Paphos has struck a massive amount of natural gas.

According to Turkish Energy Minister Fatih Donmez, the Fatih drillship has not found natural gas yet. The drillship is expected to complete its operation in the area within the next three to four weeks, he said.  “It smells of provocation,” he said.

He was referring to media reports in the Greek Cypriot press last week that the Turkish petroleum company (TPAO) had discovered natural gas in the sea off Paphos where the Fatih was drilling. The Turkish Cypriot newspaper Kıbrıs Postası had also reported earlier this week that a high-ranking diplomatic source had confirmed the information.

In a briefing to a group of Turkish journalists, Donmez said: “We have said that we will ultimately use our rights derived from international law.”

As regards the Fatih, the Turkish minister said it was west of Cyprus and continues drilling at 5,000 metres.

He said Turkey’s second drill rig, Yavuz, was as of last week on-site off Karpasia, and drilling would begin in a few days.

“Fortunately, we bought these ships. With God’s help, we will continue to work in this way, we are determined,” he said.

He added that the Turkish armed forces and foreign ministry were in constant coordination with the energy ministry.

Turkey announced last week that a fourth vessel the Oruc Reis would be dispatched in the Eastern Mediterranean after the EU announced a series of measures against Ankara over unlawful activities in Cyprus’ EEZ.

On statements this week by Foreign Minister Nicos Christodoulides that cooperation with Turkey would benefit all sides, Donmez said that the Greek Cypriot side was just trying to buy more time.

“First, they reject our proposal and then they make this statement. I find it contradictory,” Donmez said. He added that there was no question of contact with Turkey at the time.

He added that it was not right for the Greek Cypriot side to make such a proposition while ignoring the Turkish Cypriots.

Donmez said that the Greek Cypriots ought to seriously evaluate the proposal made by Turkish Cypriot leader Mustafa Akinci on setting up a joint committee on the management of hydrocarbons, adding that the EU was not negative to this proposal.

The Turkish minister also argued that “the Greek Cypriot administration, especially after we intensified our investigations, are taking some steps to leave Turkey out of the equation.”

He said the Greek Cypriots were trying to stall.  “We cannot go to a solution by hiding the problems under the rug,” he said, adding that Turkey will, in fact, give this process the necessary support.

The minister also said that experts from Turkey’s foreign and defence ministries were working to set a road map on the delimitation of Turkey’s EEZ.

On the possibility of cooperation with Russia and China in the Eastern Mediterranean, Donmez said that TPAO has contacts with some companies and there may be some steps and some common projects, but it would not be right to announce their names.

The spirit of Cuba comes to Limassol