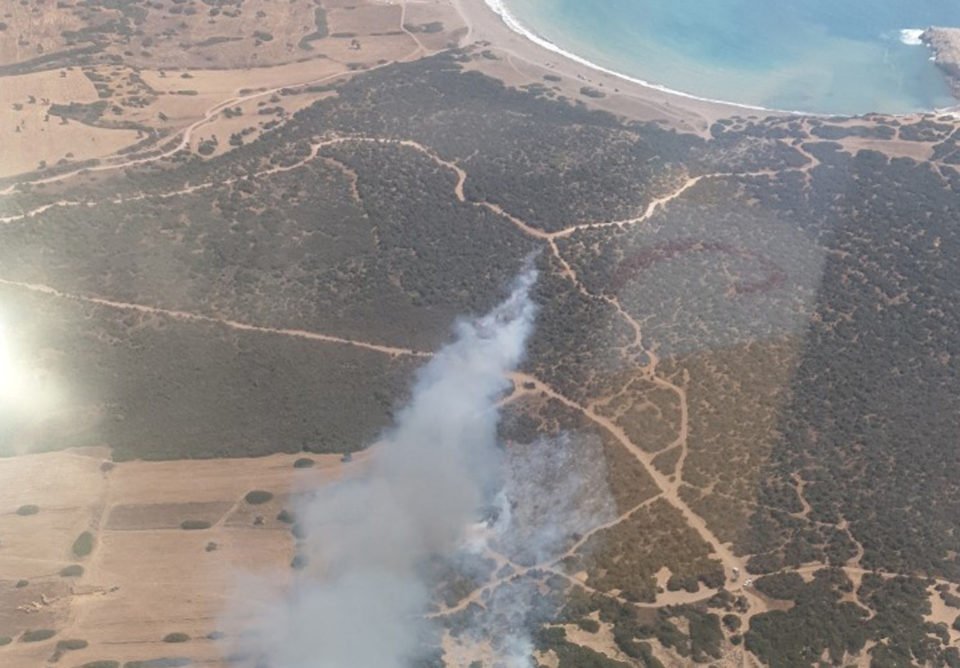 A fire in the state forest adjacent to Lara beach has been brought under control, the forestry department announced on Sunday afternoon.

The fire broke out at 2.20 but thanks to the timely response of the fire service, the game service and the forestry department it was brought under control by 3.30.

The fire burned 1.5 hectares of forest land including trees and wild vegetation.

The Forestry Department had initially issued instructions to implement the Icarus programme to co-ordinate departments to fight the fire but in the end that was not necessary.

Fire fighters will remain in the area to check it doesn’t reignite.

Meanwhile by 3.30 the fire in Pelathousa, which broke out at 2.30, had been brought under control, the fire service said. It destroyed one hectare of wild and dry plants.

Fire fighters will remain in the area in case it rekindles. Three fire engines and one helicopter were used to put it out.

The causes of the fires are expected to be examined at a later stage.

Over two dozen rescuers try to save trapped cavers in Poland