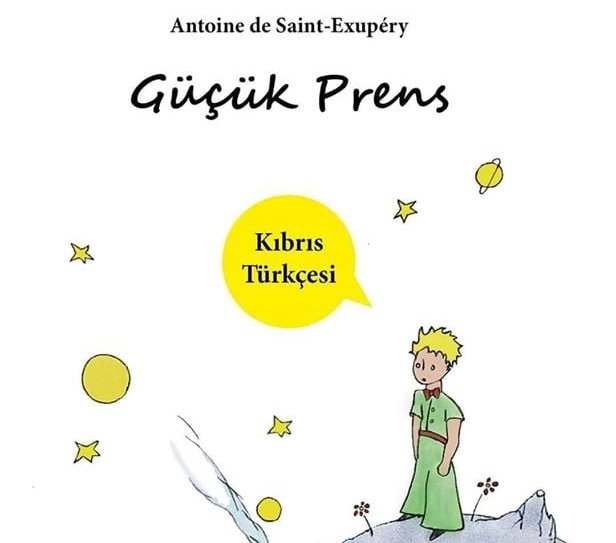 Antoine de Saint-Exupéry’s The Little Prince, was released this week in the Turkish Cypriot dialect, aiming to enrich the collection of books translated in over 400 languages and dialects.

The popular novella for children and adults alike is considered as the world’s most translated non-religious book together with Italian novel The Adventures of Pinocchio. Translations span from dead languages such as Latin to sci-fi Klingon.

The book was translated into the Turkish Cypriot dialect by Ahmet Serdar Gokasan and Hakan Karahasan, who were encouraged to go for it by their friend, Iacovos Hadjipieris, translator of the book into the Greek Cypriot dialect last year.

After several months of work, the book was released on Wednesday in bookshops in the north.

“We started the translation last February. It’s something we have been talking about for some years. When our friend Iacovos had the courage to do the translation, we started to think about it seriously too. And after Iacovos’ translation came out, with his encouragement, we decided to start work on it,” Karahasan told the Cyprus Mail.

The book has already been well-received by members of the Turkish Cypriot community.

“Many people showed their interest in a positive way right after it came out,” Karahasan said.

Among them was head of the head of Republican Turkish Party and candidate for next year’s elections in the Turkish Cypriot community, Tufan Erhurman who said in his social media profile that this is an exciting and important work that needs to be read, be reflected on and discussed.

Karahasan is also a collector of the book’s various versions obtained by him and also brought to him by friends from all over the world.

“As someone who is collecting the book in different languages, it’s been such a pleasure to me that now we are also contributing to the Little Prince translations,” Karahasan said.

Along with the Turkish Cypriot dialect one, he says he now has The Little Prince in 43 different languages and dialects.

The book is expected to be available in bookstores in the south soon.