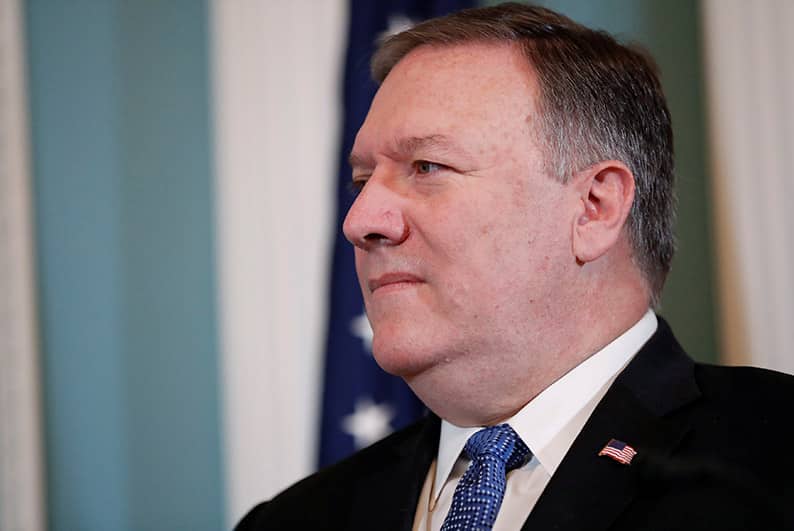 US Secretary of State Mike Pompeo is to visit Cyprus towards the end of the first week in January, the Cyprus News Agency reported on Sunday.

The report said the official announcement of the visit is expected to be made by the State Department on Monday.

Well-informed sources in the US capital, it added, noted that both US-Cyprus bilateral relations in light of the lifting of the arms embargo and the partnership pact on cooperation in the Eastern Mediterranean, plus the Cyprus issue were on the agenda.

A bilateral agreement is expected to be signed, something that was discussed during Foreign Minister Nicos Christodoulides’ recent visit to Washington.

Pompeo, who is soon leaving the State Department to seek a seat in the Senate, will meet with his counterpart, Christodoulides, and is expected to be received by President Nicos Anastasiades.

He is also expected to meet with Turkish Cypriot leader Mustafa Akinci, under similar arrangements made for Joe Biden’s visit in May 2014 when he crossed to the north.

Tourists stay away from Taj Mahal, other Indian attractions as protests flare

Troodos roads open only to 4x4s