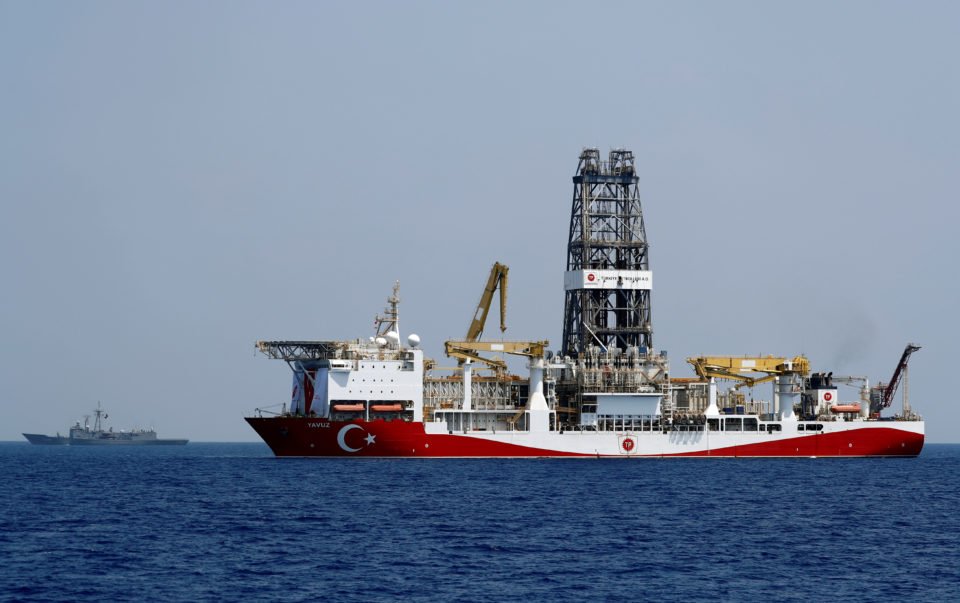 Will the Yavuz be on its way to Limassol marina?

We are glued to natural gas to the extent that it pervades all political and public discourse – to the extent that we prefer to ignore market realities and hold steadfastly onto untenable beliefs. And when others, as happened last week, highlight the realities, we choose to hear only what fits with these beliefs.

In an interview published in Politis last Sunday, Jeffrey Feldman, UN Under-Secretary-General for Political Affairs, said “given the current saturation of the global gas markets and the fact that commercial exploitation of the deposits is something that will take place in quite a few years, I can’t see why this issue has become a zero-sum game, where just one side wins.”

Feldman questioned the benefit of the antagonism between the parties, especially because the saturation of global gas markets means any profits will not come that soon. He said that the gas will not disappear, asking whether “gas is more important than finding a solution through which the overall perspective of a united Cyprus can become a reality.”

I have been saying that for a long time now, but we appear to be fixated with gas. There is a belief that not only will we export it soon, but that it will make us rich. Consider for example the recent claim that Cyprus’ profit share from the sale of Aphrodite gas to Egypt’s Idku liquefied natural gas (LNG) plant will be as much as $9.5billion. We pay scant attention to global markets and prices, or to the dramatic changes to Egypt’s energy markets brought about by major reforms and removal of fuel subsidies.

In fact, I would go a step further. As I said in previous articles, the likelihood of selling our gas is receding fast. Not only do we need new, significant, discoveries to justify building an LNG plant, but prices must also increase significantly, to more-than-double current levels.

With Europe going green – switching away from fossil fuels, including gas – to clean energy and Asia’s markets becoming highly competitive, the likelihood of not being able to sell our gas to global markets is increasing. This would leave us with domestic and regional markets, but these require resolution of regional conflicts.

There is talk of dividing Cyprus’ exclusive economic zone (EEZ) in some way, possibly in line with the current division of the island. With all gas discovered south of the island, and with most potential for new discoveries being in the same area, we should not be under any illusion that Turkey would agree to such a division, leaving Greek Cypriots with the lion’s share of gas resources. As Turkey has already stated, all gas discovered in Cyprus’ EEZ belongs to all Cypriots, irrespective of a solution or where such a discovery is made.

Others tell us what the situation really is, but we chose to ignore what we do not like or interpret it in our favour.

The French ambassador was careful to state that the aircraft-carrier Charles de Gaulle has come to Cyprus as part of the fight against Isis. But we chose to believe that it is providing a defence umbrella for Cyprus’ EEZ. We ignore the fact that Yavuz is still drilling block 8, unconcerned about such developments. And Turkey still intends to proceed with more surveys and more drilling in Cyprus’ EEZ, as it announced in December. It has even bought a third drilling-rig.

Francis Fannon, assistant secretary for the Bureau of Energy Resources at the US Department of State, warned in an interview published last Sunday in Kathimerini that “nobody is going to win in the region if the current philosophy continues around who should get the biggest share of the pie in terms of natural resources.”

He urged all to “stay calm, to have dialogue and to understand that the economic prospects that are currently available are not likely to continue to exist as tensions continue or escalate.”

He believes that energy could be a catalyst for cooperation. He warned that if there is no such cooperation then the energy resources may remain unexploited.

“We are very clear. We have invited all sides to stop any provocative actions that could create further instability.”

He also confirmed support of Cyprus’ right to develop its energy resources for the benefit of both Greek and Turkish Cypriots.

But he refrained from singling out Turkey. And yet we read into his words that his warnings are being addressed only to Turkey. He is really referring to all sides.

We must think beyond gas

But is this all a fruitless discussion? Is Turkey taking advantage of our fixation with gas – that we may not be able to sell – to push its own agenda? Very likely.

As I said before, however illegal its presence is, a key question is: what if Yavuz actually makes a discovery in block 8? What would be our response if Turkey turns the table on us, agrees that it has no claim on such gas and invites Greek Cypriots to develop it jointly with Turkish Cypriots? To many in the outside world this may sound as a reasonable offer!

The glut of LNG in Asia has caused a $20billion LNG project in Papua New Guinea to collapse. ExxonMobil, the developer, is not in a rush to sink capital into LNG projects at a time of record low prices. This is indicative of the challenges we will face.

In the meanwhile, the EU and Turkey are intensifying their political dialogue in search of cooperation driven by strong economic interests, the refugee crisis and concern about Turkey’s turn to Russia. The EU needs Turkey to stem potential flow of refugees to Europe, something that gives Turkey a strong negotiating card. In any case, Ursula von der Leyen confirmed last year that she does not believe sanctions and political isolation will solve problems with Turkey – these can be solved only through negotiation. A clear message to Cyprus and Greece.

We must develop a narrative for our future beyond gas. We must give priority to resolution of our problems delinked from gas – giving priority to negotiations.