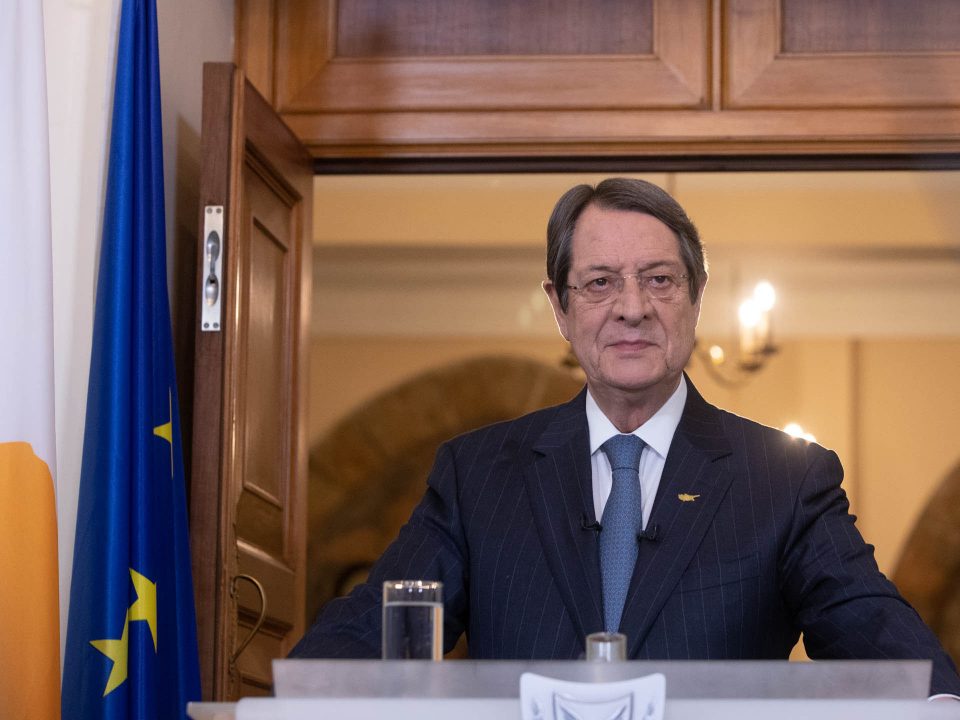 President Nicos Anastasiades on Friday said that concerns of parents, teachers and other on the reopening of schools were understandable but not justified since decisions were made on the basis of epidemiological data, scientific advisers’ final views and strict adherence with health protection protocols.

All these were necessary prerequisites for implementing the decision for resumption of all levels of education, Anastasiades said in a televised address.

Some members of the scientific team said on Thursday they had been surprised by the decision to open the schools on May 21, leading to some speculation that there was a difference of opinion between the scientific advisers and the state on the issue.

“Because after the government’s decision to reopen all levels of education on May 21, there has been deep concern among citizens, parents, teachers and students,” the president said in his address.

He said that in his April 29, address on the gradual lifting of restrictive measures, he had stated verbatim: “…the decisions regarding measures of the present phase or the second phase will depend entirely on the epidemiological indicators and the recommendations of the scientific team” and had added: “ Subject to the above, the measures decided…”

Anastasiades said he had repeated this in eight other references in the same address.

“I want to be clear: The necessary conditions for the implementation of the above decision, as well as all other measures that have been announced, remain the epidemiological situation, the final views of the scientific advisors and the strict observance of the protocols of health protection of teachers, children and those in their immediate environment,” the president added.

“The concerns expressed are entirely understandable, but they are not justified since everything, and I want to emphatically reiterate this, depends on the epidemiological conditions prevailing at the time of the implementation of the decision and always based on the scientific team’s advice.”

This however could indicate that when the time comes, the government might change its mind and not reopen.

“The government, and myself personally, will not allow the destruction of what contributed to the recorded successes, which were achieved with the timely decisions, your sacrifices, but also the climate of unity that prevailed. I would like to stress once again that our priority has been and still remains to ensure the health, life and well-being of citizens. The government will never be complicit in retrogression,” he added.

Meanwhile, Education Minister Prodromos Prodromou in a news conference on Friday that the government aimed to alleviate widespread fears that the return to school was happening to soon, saying that while things have to move forward, if necessary, plans could also be reevaluated and changed.

While the government understands the anxieties, people should not go to extremes, he added.

He explained the next steps the ministry would take to ensure that students, parents and teachers could safely return to school on May 21. There was time until the opening of the schools, Prodromou said, which the ministry would use to prepare.

The ministry is in the process of preparing films and videos for children which will show them how they should behave at school to be safe.

Instructions on the subjects will be sent to parents. On Saturday, the minister will spend two hours on Facebook, during which hew will answer questions of the public via messenger.

Schools will also be informed, and 20,000 teachers and students are going to be tested for the virus.

Practical measures to ensure schools are ready are also being taken. Desks which seat one child each will be placed in classrooms, which hold no more than 12 children.

An adequate number of masks, disinfectants and thermometers will be available, and each school will have a room where a child can be isolated should the need arise.

Lessons will be arranged in such a way that children who are at home during the five days the other half are taught at school will be able to follow the lessons from home, so the programme will continue without repetitions and anybody losing out on information.

At the same time, the minister said that a mass teleconference will be organised on Saturday through which members of the special advisory team of the ministry of health, which consists of well-known doctors and university professors, will inform the management teams of high schools and technical schools on the protocols, precautions and rules to be followed at school from Monday, May 11, which is when they open their doors for final-year students.

“Similar training teleconferences will be held next week for both high schools and primary education and kindergartens. And then there will be corresponding updates with teleconferences for broad groups of teachers. We will not just stay in the management teams “, Prodromou added.

Main opposition Akel, issued a statement ahead of the minister’s press conference, questioning the government’s decision.

“We all want schools to open if we want to get back to normal. To enable students to be educated as well as possible, and at the same time to return the parents to their jobs, thus contributing to the restart of the economy. In order for this to happen, however, there must be the right conditions,” head of the party Andros Kyprianou said.

According to Akel, the education minister said in interviews until last Monday that the schools would not reopen yet.

“The members of the scientific team state that they were not aware of the announcement which was made in the unequivocal way it was made. They made it clear that if we were to see the results of the first phase, we would have to evaluate and decide when the schools would reopen.”

“Instead, unfortunately, the President of the Republic made a political decision, ignoring the views of scientists.”

“What is the purpose that prompted them to make that decision in a hurry?” Kyprianou asked.

At the same time Friday, students’ union Psem said it had other issues with the education ministry. On Friday the union published a letter sent to the exam board in which it informed the examiners of several problem regarding the content of the exams.

“We have also been informed that there are problems with the subject matter of biology, the history of Cyprus and economics. We believe that the material should be re-examined in these courses as well,” the letter read.

As Psem, we kindly ask you to review the exam material so that all students have been taught the material at school and can pass the exams equally. Otherwise, there is a question of the reliability of the Pancyprian exams in some courses.”