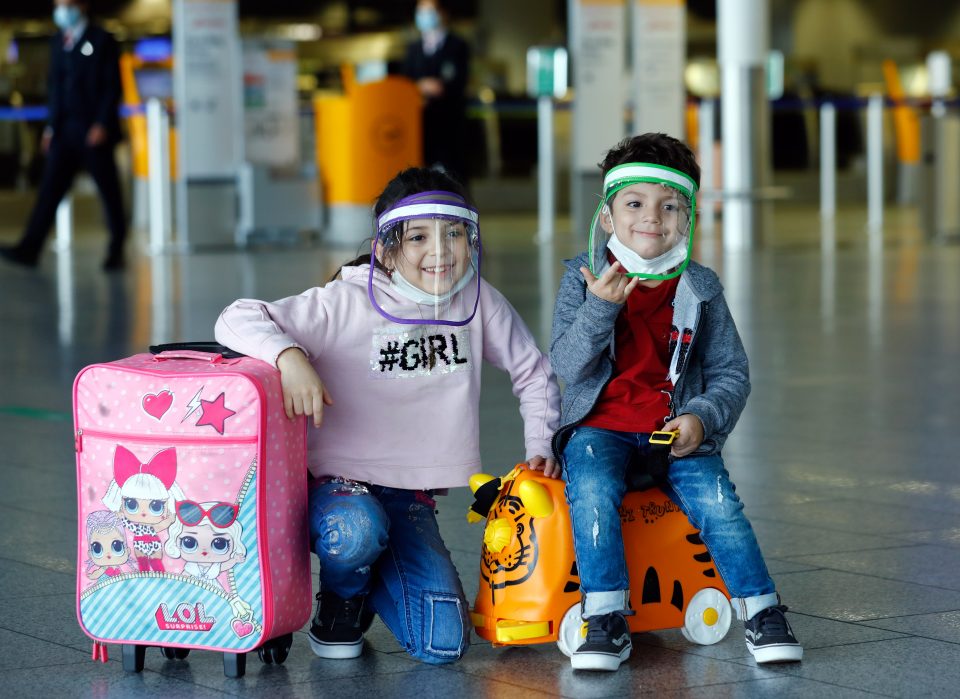 The European Union pushed on Wednesday for a safe reopening of borders, while insisting on protective measures such as masks on planes, to try and salvage the ravaged tourism sector for the lucrative summer season as coronavirus infections recede.

Museums, beaches and plazas have been empty under an almost continent-wide travel halt from mid-March that has destroyed jobs, pulverised the airline and hospitality sectors and undermined Europe’s cherished principle of free movement.

Though wary of new waves of COVID-19, the EU executive wants to revive what it can of travel for the June-August season normally worth 150 billion euros ($162.59 billion).

Its proposals are non-binding, and most European governments were pressing ahead with their own specific plans, at different speeds, depending on national circumstances. Some were also heavily promoting more domestic tourism.

To try to rein in the chaos, the European Commission on Wednesday urged a return to “unrestricted free movement” – if the health situation allows.

“Domestic and intra-EU tourism will prevail in the short-term,” the Commission said, as travel from outside the bloc for non-essential trips such as holidays is likely to remain disrupted for longer.

Airlines and airports must insist passengers wear masks, limit contamination risks and reorganise check-ins, dropoffs and luggage pickups to avoid crowds, the EU proposals said. They said there was no need to leave the middle seat empty on planes, another measure that has been discussed.

Social distancing will be necessary on cruise ships, trains and other public transport, according to the draft.

“Our thoughts are now, I think, turning toward summer and maybe even further, and to the places that we love to travel,” said Margrethe Vestager, one of the Commission’s several deputy heads, in presenting the proposals.

“That means taking gradual, careful steps to help travel restart in line with what science tells us … We need to carefully reopen borders within Europe.”

The executive also wants vouchers for cancelled flights or holidays to be valid for at least a year, with protection against bankruptcies, so people will accept them instead of demanding refunds from cash-strapped airlines and travel firms.

Some German travel agency owners were protesting in several cities on Wednesday, calling for government aid.

The Commission proposals also said people should be able to stay in hotels, eat in restaurants or go to beaches – though it stressed the situation could change.

“Until a vaccine or treatment is available, the needs and benefits of travel and tourism need to be weighed against the risks of again facilitating the spread of the virus that may result in a resurgence of cases, possibly leading to a reintroduction of confinement measures,” the Commission said.

Already, the three Baltic states have decided to reopen borders to each others’ citizens from May 15, creating a “travel bubble” within the EU.

Austria and Germany also plan to fully reopen their border on June 15. That will particularly help Austria’s tourism industry, which contributes about 8% of economic output and relies heavily on German visitors to the Alps and elsewhere.

Austria and Germany introduced lockdowns early in their outbreaks and have fared relatively well, with lower death rates than many European peers. Both have been loosening their lockdowns, letting shops and other gathering places reopen.

Vienna is also working on staggered reopenings with Switzerland, Liechtenstein and some eastern European countries.

Elsewhere, there is still great caution.

Tourism-dependent Spain and others are moving towards imposing a two-week quarantine period for travellers arriving from abroad, even as they ease strict lockdowns.

Within the “Schengen” area, where borders are normally invisible between 26 EU and other European countries, at least 17 nations have emergency border controls.

Europe’s travel sector contributes almost one tenth of economic output. The Commission estimates some 6.4 million jobs – more than half of the tourism workforce – could be lost.

The sector already suffered an 80-90% loss in turnover in the first quarter of 2020, four hospitality industry lobby groups said. Globally, the World Tourism Organisation expects losses of 280 to 420 billion euros for the industry this year, amid a 20%-30% reduction in international arrivals.

Plant of the Week: Daily staple for millions responsible for many fatalities

Why eating a fibre-rich diet can boost your mood

Plant of the week: Plant thought to protect liver from witchcraft used for insomnia