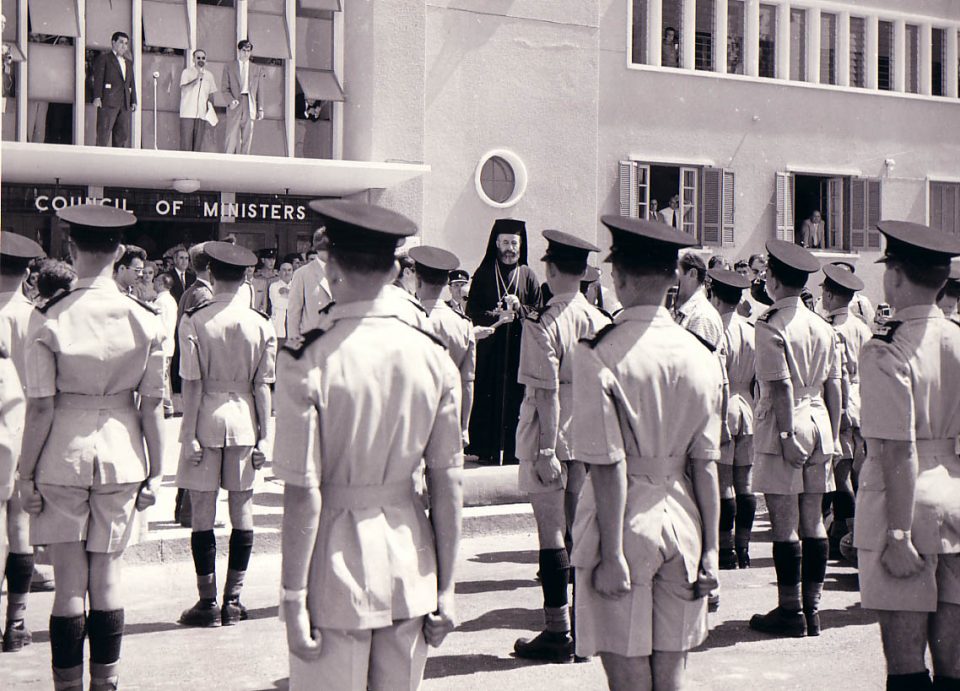 No wonder there’s little to celebrate

I owe the above title to a Nigerian cab driver that dropped me off between one Christmas and New Year and wished me “Happy New Year in advance.”

It will be happy 60th birthday to the Republic of Cyprus (RoC) this coming Thursday, October 1, 2020 but alas not for Cyprus’ constitution, nor her territory nor her sovereignty, each of which has dwindled since independence in 1960.

After the Turkish Cypriots withdrew from the RoC’s state apparatus their places were filled with Greek Cypriots under the principle of state necessity as a temporary expedient, which has lasted well past its sell by date, primarily because it has not been possible to reconstitute the RoC.

It was inevitable that the UN would recognise the Greek Cypriot administration of President Makarios as the government of the RoC. They were after all the majority community by a factor of four to one and were in effective control of the territory of Cyprus. It was also inevitable, however, that Turkey would not recognise an exclusively Greek Cypriot administration as the lawful government of the RoC. Turkey was a guarantor power of Cyprus’ constitution, which provides for mandatory Turkish Cypriot participation and it is no secret that Makarios cherry picked the constitution for amendment with suspect haste after independence.

In the result, the government of the RoC became and remains exclusively Greek Cypriot. It was given legal cover by the Supreme Court of Cyprus in the case of Attorney General of the Republic v Mustafa Ibrahim in 1964. The case decided that the law of state necessity applied to the restructuring of the Supreme Court, notwithstanding the judgment was handed down by the restructured Supreme Court itself sitting in judgment of its own cause.

But what to do? Sometimes needs must and the law has its limits and expediency takes over in line with political reality; and so it was that the principle of state necessity was extended to all arms of government in Cyprus.

In 1974, in a moment of madness, the Greek Cypriot government of the RoC lost effective control of more than a third of Cyprus’ territory. There was a coup d’etat against the Makarios government followed by internecine fighting among the Greek Cypriots, which led to a military invasion by Turkey ostensibly to prevent union with Greece, but which had the equally unconstitutional effect of dividing the island into northern and southern Cyprus. The justification of preventing union with Greece is now spent, and the concern of people at present is how to prevent the partition of Cyprus.

The Turkish Cypriots moved to northern Cyprus in 1974 and 1975 in a mass exodus abandoning hearth and home in southern Cyprus in fear of their lives in the same way the Greek Cypriots in northern Cyprus moved south. It was a crude exchange of populations that still rankles amongst many people in Cyprus who cannot fathom how relations between Greek and Turkish Cypriots were allowed by Cyprus’ political class to go from bad to worse at every stage of Cyprus’ development since independence.

In 1983 the Turkish Cypriots declared UDI as the “Turkish Republic of Northern Cyprus (TRNC).” Their minuscule state has not gained international recognition and is not even actively seeking it, except as part of a realignment with the RoC under some sort of federal umbrella – though it is not clear of what hue and what shade it will provide.

I hope I am wrong, but I get the distinct impression the political classes across the divide have lost the will to make a federation happen – except perhaps a very loose arrangement in which the two sides share as much power as there is dry vermouth in a gin martini.

Mustafa Akinci who is running for a second term as “president” of the “TRNC” on October 11, 2020 uniquely wants to make it happen, but it takes two to Tango and President Anastasiades is only interested in doing the Twist.

For those too young to know, the Twist was a dance made popular in the 1960s from a song called “Let’s twist again” by Chubby Checker – as the song goes you twist your body round and round and up and down on your own. It is the opposite of the Tango, which began life in the brothels of Buenos Aires in Argentina at the turn of the previous century until it reached the salons of Europe where it became respectable.

It is a passionate dance in which you intertwine with your partner in well-coordinated steps to the unique beat and distinct rhythm of the Tango – hence the metaphor it takes two to tango in politics. The movements are complex with flourishes of great sophistication depending on the skill and imagination of the dancers.

La Cumparsita is the best-known tango song and Julio Iglesias’ rendition the most mellifluous. Nueve de Julio is pure Tango and the old Greek songs of Sofia Vembo, some of them tangos, are timeless.

In politics too you need passion and skill as well as sophistication and strategic imagination that has been totally lacking in Cyprus since independence.

President George Vassiliou’s decision to apply to join the EU, brought to a successful conclusion by President Glafcos Clerides, is the exception that proves the rule, but even that was messy after Clerides left office in 2003.

In 2004, the RoC voluntarily surrendered huge chunks of its sovereignty to the EU without democratic approval. The Turkish Cypriot community did not join the EU, even though they voted to join on the back of voting for the 2004 UN plan that included a constitutional provision that Cyprus was to be a member of the EU.

The Greek Cypriots voted against the UN plan that carried with it EU membership, although they did so in the knowledge that Cyprus would join anyway. Nevertheless, there is a democratic deficit in that the Greek Cypriot population of the RoC did not positively vote to join the EU. 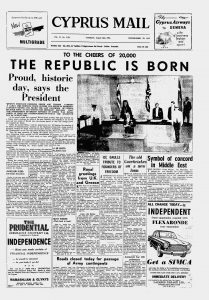 And yet Cyprus’ constitution was amended so that no provision of the constitution can be used to prevent EU laws emanating from the EU from having legal effect in Cyprus, or to annul acts done by the government of Cyprus in furtherance of membership of the EU.

The discovery of gas reserves in Cyprus’ EEZ has, as predicted, turned out to be a new source of friction instead of cooperation. I would myself stick to an olive oil economy with a bit of tourism and the wits of the people and “let a thousand flowers bloom.” But even I recognise that the genie is out of the bottle and can’t be put back in again.

On RoC’s 60th birthday I could not help recalling a famous quip the Labour Prime Minister Harold Wilson said of his party’s maverick Tony Benn: ‘Tony immatures with age.’ I was told something similar when I turned 60, but my excuse is that it keeps me young at heart, which cannot be said of Cyprus.

I wish I could be more optimistic. I can however say Happy Birthday RoC and that the zivania is on me.