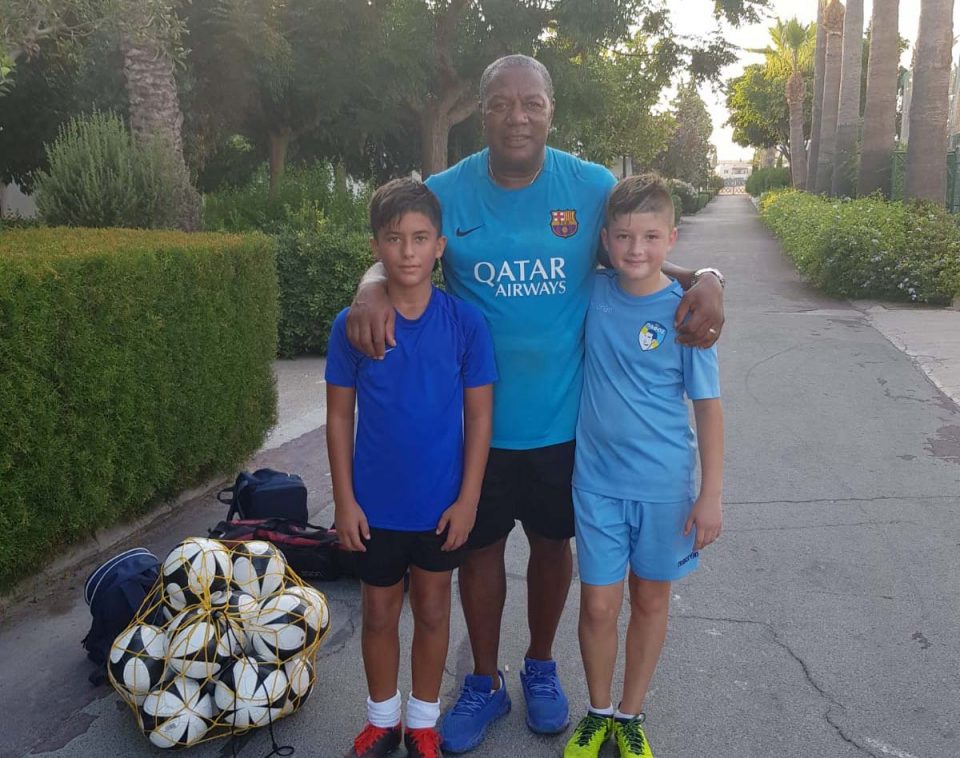 Trevor Bailey is ‘good people’. It doesn’t matter that he was one of Cyprus’ first black professional football players, or that he’s currently a UK scout for talented Cypriot youngsters, or even that he hobnobs with the game’s global greats on the regular. Despite the endless accolades, what really matters to Trevor is helping kids. And that makes him more than one of the greats – it makes him a good person.

“I grew up,” he smiles, “in Walthamstow, East London. It was a very rough area; there were only two ways out: you either knuckled down at school, or you knuckled down at football – and if you didn’t, you’d end up in a gang on the streets. Family had to stick together, and my mum was a single parent providing for four kids in an area where there was a lot of racism.”

Fortunately, Trevor had a passion – and the talent – for football, and poured his heart and soul into the game. “As a kid, I played for the Southend and the Queens Park Rangers youth teams. It was a very different time,” he muses. “People would throw bananas at me on the pitch, and shout ‘you monkey’; fellow players would make racist jokes, and if you complained to the gaffer, he’d say ‘let it go, Bailey’. So when I was scouted to play in Cyprus, it was a chance at something different…”

Different it was. “I arrived in Cyprus in the early 80s to play for Evagoras and APOP. I knew absolutely nothing about Cyprus, not even where it was. And, as one of the very first black professional players on the island, I didn’t know how I’d be treated.

“But I needn’t have worried,” he recalls. “My team-mates took me under their wing, and the people of the island were fantastic – they made me feel so welcome. I was respected, and appreciated, and – unlike in England – I felt absolutely no racism towards me: I didn’t experience any racial issues at all here; they liked me for me. Back then, there wasn’t much English spoken on the island, so I had to learn Greek. And there were only about six English programmes on TV all week. But it didn’t matter – team-mates and supporters were always looking out for me, inviting me to their homes to eat, and treating me as one of their own. It gave me the chance to step outside what I’d been used to growing up, and look at how I could help other kids do the same.”

Returning to the UK five years later, Trevor took over his former club: Interwood Football Club where he trained under the late, great Terry Gibson. “I decided to take it over with my brother, Garry Bailey, who now scouts for Tottenham, and start an Academy too,” he reveals. “It was a chance for me to give something back to the community,” he adds. “Sport, the way we teach it at the Academy, provides the all-important family values which can set young kids on the right path in life.” 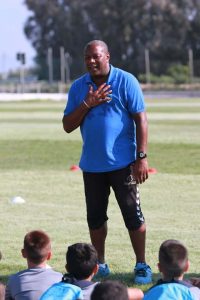 Trevor kicked off Interwood Academy with one under-nine team. Within a couple of years, every single one of the kids was picked up by a professional club. “It was such an amazing feeling!” he grins. “You become more than a coach: you become a mentor and, for some of the kids, the dad that’s not around. And that pushes you to create more opportunities for these kids; to give them a focus in life away from the gangs and the guns, to teach them to channel their energy in the right way.”

Building on their early successes, Trevor and his brother Danny took both the Club and the Academy to new heights. It wasn’t uncommon for Les and Rio Ferdinand, Frank Lampard, Joe Cole and Trevor Sinclair to drop into the Academy’s training sessions. “They’d talk positively about how to get the best out of life,” says Trevor. “I think the all-important message for these kids is that there’s another way of life where your team-mates are going to respect you for your abilities and your dedication, regardless of your colour.

Trevor’s own daughter, Jade Bailey, has also been one of the Academy’s success stories, playing at Arsenal, Chelsea and Liverpool Ladies, captaining the England under-18s, and playing with the England under-23 team.

Nowadays, Trevor is now back in Cyprus, running the Trevor Bailey Football Academy in Paphos. “I never stopped coming back to Cyprus,” he smiles. “My wife and I were married here in 2014, and bought a house in Paphos in 2019. The island is our home,” he adds. “We love it here, and we’re always looking for any opportunity to promote it. Next year, he is hoping to hold a Paphos tournament with scouts from top Premiership clubs – “and that offers local kids with potential a pathway to greater things.”

With contacts at most of the major UK clubs, Trevor has often arranged a trial for talented local players: scouting the best of the best and “putting them on the radar, so they’re followed until they’re the right age to go to the UK. Both Apoel winger Georgios Efrem and the national team’s Valentinos Sielis had their start with Trevor, learning not just football skills, but respect for oneself, one’s team and for others.

“At the end of the day, respect is what it’s all about,” Trevor asserts. “Respect each other, respect the other team. And be there to help the kids who need it – give them confidence, show them what hard work can achieve. Teaching and scouting kids in Cyprus,” he adds, “is a world away from doing the same thing in the UK, and a world away from what I grew up with. But at the end of the day, kids are kids. And if, through football, I can help, then that’s what’s important.”

For more information on the Trevor Bailey Football Academy in Paphos, call 97 736778