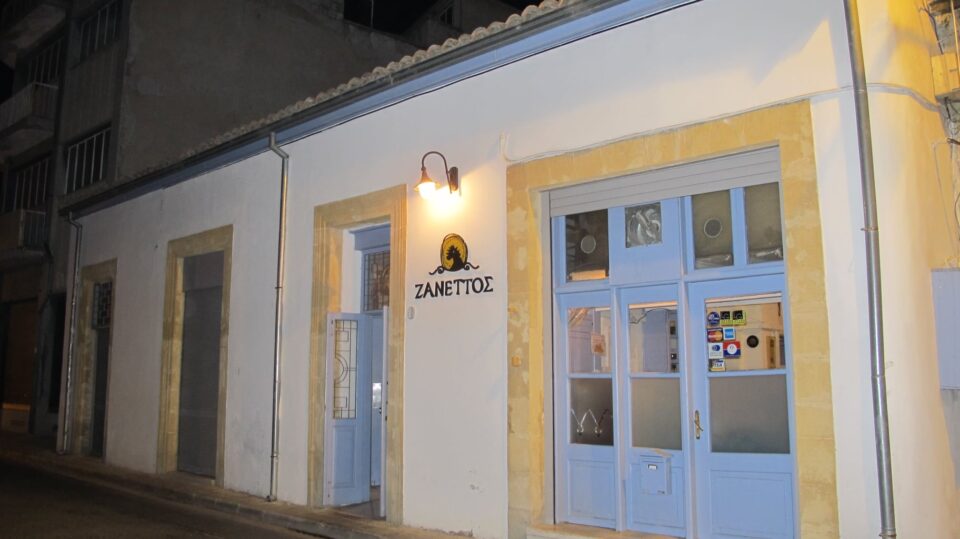 One of the oldest restaurants in Cyprus, Zanettos Tavern, located in old Nicosia, which opened in 1938, has announced its temporary closure in a gesture of protest against the recent measures announced by the government to contain the spread of coronavirus.

Among the new raft of measures, the health ministry decided that restaurants, taverns, cafeterias, bars and snack-bars will have to close at 7pm starting on Monday.

Zanettos Tavern’s owner Panayiotis Mentzis told the Cyprus Mail that the new rules were bringing restaurants to their knees and many would be forced to close indefinitely. The tavern also posted a lengthy statement on Facebook.

“We will not bow to the government’s decision and close at 7pm,” he said, adding that the restaurant did not plan to start “experimenting” with lunches, takeaways or delivery.  “Therefore, we decided to close our doors on our own terms, with the little dignity we have left.

“Our job is to host in our space, an experience where people feel relaxed without looking at the clock and rushing through their meal. We’re living in the theatre of the absurd. The show ‘open-close any time I tell you’ is over for us. We will not be a part of the game played by the government. That way we will also save them the trouble to support us financially. I am calling on other restaurants to join us in this protest,” Mentzis said.

In his statements, he also sarcastically thanked the authorities “for the incredibly good management of the situation” and said the social, economic and psychological crisis would be on their heads.  The government has condemned its citizenry to misery and unemployment, he added.

“You have proven to be experts in serving the interests of the few, not the many. Your inadequacy and lack of respect have resulted I our misery and unemployment,” he said. “We are closing but the game is not over. What goes around, comes around,” he concluded.

Also on Monday, the Pancyprian Federation of Labour (PEO) trade union expressed its support to restaurants and bars.

“We have already been told by a number of restaurants and bars that the new measures will force them to close down,” the union said.

“We fully understand the need to limit the spread of the coronavirus but at the same time any measures taken in this direction must be accompanied by appropriate support measures for restaurants and bars and their employees.”