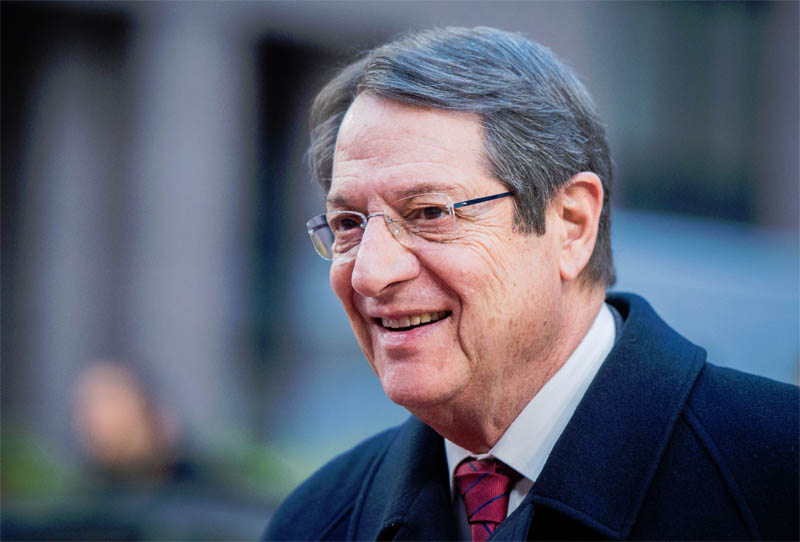 The new measures against corruption will be announced by the end of the year, President Anastasiades said in a speech at the investiture ceremony for four supreme court judges on Wednesday. The reason for the delay, he said, “is because we want to have the views from all those involved (sic) and seeking the crackdown on corruption”.

Considering the government’s much-trumpeted initiative was only undertaken in October, waiting until December for the measures to be formalised could hardly be described as a delay. Having waited for decades for such an initiative to be undertaken, nobody will complain about waiting a few more weeks. In fact, the only reason the government has shown a sense of urgency is because of the public outcry that followed the showing of the Al Jazeera video that led to the resignation of the house president and an Akel deputy.

After the video was aired, there were demonstrations outside the legislature and the presidential palace calling for an end to the corruption that had made Cyprus an international laughingstock. The government was under daily attack from angry citizens while social media churned out disparaging comments by the thousands. Even the opposition parties, which are part of the problem, had the audacity to take the moral high ground, lashing out against the ‘corrupt’ government, in the hope of making political capital out of the public backlash.

It was against this background that the council of ministers asked the attorney-general to carry out an investigation into the citizenship by investment programme, to establish if Cyprus passports had been granted unlawfully, and Anastasiades arranged meetings at the presidential palace to discuss ways of combatting corruption. There were several meetings, attended by different groups of people, ranging from civil servants to representatives of NGOs and anti-corruption groups. The idea was that this diverse group of people would come up with suggestions to help the government forge a policy to tackle corruption.

This was a clear attempt to pander to public sentiment and appease protestors. The very idea that the government does not know how to deal with corruption and needs the advice of the public is absurd. If the political will to end the sleaze existed, the government would have gone ahead with measures without public consultations and committee policymaking long before it came under pressure to do so.

And what happened to the bill prepared by the former justice minister Ionas Nicolaou that envisaged the setting up of an independent anti-corruption authority to investigate all dubious dealings in the public sector? Why was it not approved by the parties that are now banging on about a problem they have apparently only discovered in the last couple of months? For the same reason that Cyprus is among the countries with the highest percentage of Greco recommendations that have not been implemented or partially implemented.

The political parties and politicians, like dishonest public employees, are a big part of the problem. Not only do they oppose transparency (they have for years ignored the Greco recommendation to make public the names of party funders, which is imperative in any democratic state) but they also engage in corruption, just like the government they accuse, because they view it as the most effective means of winning votes. They distribute public posts among supporters, help them get promoted, are in bed with self-serving union bosses, help individuals and businesses that fund them win public contracts and secure building relaxations and other special treatment from the state.

Why are corrupt practices, low- and high-level, the currency of political life? Is it the small size of the population? Is it the legacy of Ottoman rule? Is it the fast economic development? Is it the red tape that gives huge powers to civil servants? Is it because the political parties have nothing to offer voters apart from favours? Is the public also to blame for demanding the favours from the politicians and expecting immediate satisfaction? Are citizens as much a part of the problem as politicians?

A book could be written about the subject, investigating its causes and the reasons it has become endemic. After that, we would need a book on how this all-pervading, persistent phenomenon could be tackled, because there is no quick-fix solution that can be finalised by the government and introduced in a few weeks as the president says. Even in the highly unlikely event that there were, could we rely on our politicians and civil servants to implement it? And if they did would they face protests from voters for not helping them out?

The call to end corruption seems rather similar to our desire to find a settlement to the Cyprus problem. The majority talks about it all the time and the politicians never stop working on it. But nothing is ever done either because too many people benefit from it or simply feel comfortable with the way things are.

We’ve been saved from Odysseas Robespierre as president

Letter of intent signed with WHO for new Larnaca office