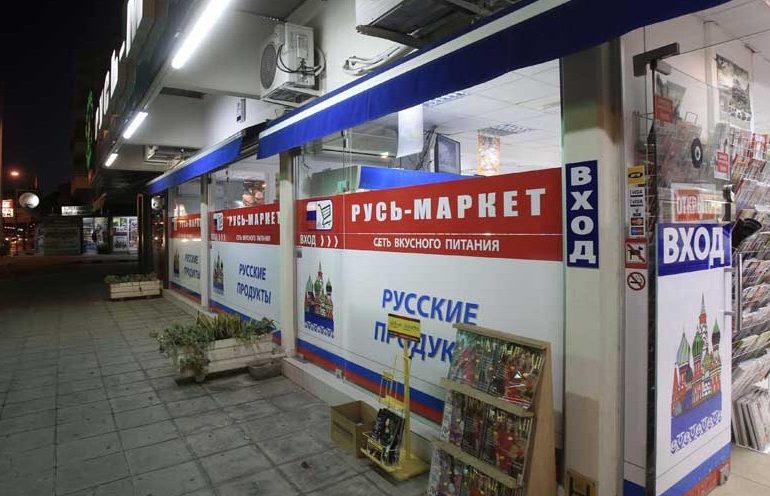 Cyprus, and Limassol in particular, is proving immune to the exodus of Russians living in the EU who returned to their home country in 2016, spurred on by what they say is a growing anti-Russian climate within the European bloc.

According to recent reports in Russian news outlets, about 30,000 Russians left the EU in 2016, reaching 150,000 when those living in former Soviet republics were included in the figures of those Russians returning home.

A major reason is a recent government incentive-laden programme aimed at luring Russians back home, but also, according to Sputnik news, “the constant psychological pressure of anti-Russian sentiment in many EU nations, which rose dramatically three years ago as a result of the crisis in Ukraine”.

“The level of Russophobia has reached a level where in Prague you see cars with anti-Russian signs, and on the street you might get a rebuke if you speak in Russian,” a Russian woman named Natalia, who had lived in the Czech Republic for almost 20 years, told Izvestia newspaper.

For a whole variety of political, economic and cultural reasons, this rising trend has passed Cyprus by. Around 40,000 from Russia and the former Soviet republics now live in Cyprus, and about 75 per cent of those in Limassol.

The director of the Cyprus Russian Business Association Andy Nathanael told the Sunday Mail that relations between the two countries are excellent.

“In our case, we don’t feel that [anti-Russian sentiment] at all. There are magnificent people here and everyone feels welcome,” said Russian born Mila Levinskaya who works at the same association and has lived in Cyprus for the past 14 years.

“This is a very friendly, Russian-oriented country.”

Asked if she had ever felt there had been an anti-Russian climate on the island she said “absolutely not. I had the option to go back to Russia some time ago but Cyprus is my chosen home.”

“I don’t think we have this in Cyprus at all. In fact, the opposite is true. Limassol has a thriving community of Russians,” Natasa Pilides, director of Cyprus Investment Promotion Agency, told the Sunday Mail.

The island was quick to adapt to the large community who first started to migrate here in significant numbers in the late 1990s.

While many Russian children attend either the government schools or English-speaking private institutions, Limassol also boasts three Russian schools with a total of 600 students, two nurseries and 20 educational centres. In the Kalogirous area of the city, a Russian church is being built.

The Russian Commercial Bank (RCB) was also set up in Limassol in 1995 and has since expanded with branches in Nicosia, Paphos and Luxembourg, with representative offices in London and Moscow.

Nathanael lists the modern infrastructure and the port as major factors why Limassol is such a magnet. Many observers also acknowledge the role played by former mayor Andreas Christou in developing ties with Russian cities, particularly St Petersburg.

Apart from obvious attractions such as the climate and business incentives that Cyprus offers, a major reason why Russians aren’t leaving the island is the positive stance of Cypriots towards Russia.

“Compared to other European societies, Cypriots sympathise with Russia not only due to the extensive activity of Russian businessmen that benefits Cypriot economy, but also due to the cultural bond that connects the two Christian Orthodox nations,” Dr Michalis Kontos, lecturer in international relations at the University of Nicosia, told the Sunday Mail.

“Russian citizens seem to feel like home in Cyprus, even after the bail-in decision that was imposed on the Republic by the Eurogroup in March 2013 and severely affected Russian deposits in Cypriot banks.”

Indeed, this month marks four years since the 2013 haircut on deposits after Cyprus turned to the EU for financial assistance to recapitalise the Bank of Cyprus and Laiki Bank. The deal struck by the troika of lenders – the European Commission, the European Central Bank and the International Monetary Fund for a €10billion bailout resulted in Laiki Bank closing down and depositors deprived of their savings except the government guaranteed amount of €100,000.

A levy of 47.5 per cent was imposed on Bank of Cyprus uninsured deposits.
Although some Russians ended their business dealings with Cyprus, Nathanael said, others stayed as ultimately “they realised this was a political decision taken in Brussels.”

In addition, Cyprus’ attractive tax regime at 12.5 per cent corporate tax remains a strong allure coupled with “an excellent services sector with lawyers and accountants and a good standard of living,” he added.

According to Pilides, Russians aren’t leaving now for much the same reasons they didn’t leave after the haircut – the excellent professional relationships with trusted advisors, the ease of doing business on the island, the fact that Cyprus is now EU jurisdiction, the proximity of the island with Russia combined with a high quality of life and nice weather are key factors in the strong business relationship between the two countries, she told the Sunday Mail.

History of course has played a significant role in cementing the ties between the two countries.
According to Nathanael, it began during the Soviet era when Cyprus would export agricultural products and import military equipment.

During that time, many Cypriots studied there, and Pilides adds the importance of the double tax treaty the two nations had at the time. Even when the Soviet Union collapsed, relations still remained strong. It was to Russia after all that in 2011, the communist run government of Demetris Christofias turned to for a €2.5 billion loan.

Although trade between Russia and Cyprus is now at a standstill due to EU-imposed sanctions on Russia over the turmoil in Ukraine and the annexation of Crimea, parliament last year passed a resolution calling on the government to work towards ending the sanctions on Russia.

Although it served no practical purpose, it sent a message to Russia that it had support. The 17 MPs of ruling Disy at the time had abstained from the vote and it was passed by 33 votes in favour.

Tourism provides another boost to the Russian presence. In 2016 when Cyprus hit a record number of over three million arrivals, Russian tourists, now the island’s second largest market after the UK, had increased 49 per cent since the previous year to 780,000 visitors.

And the formalities are easy. Obtaining a tourist visa to visit Cyprus can now be done via email. Levinskaya said it was not unusual for Russians to visit on holiday, see how Russia-friendly the country is and then decide to re-locate here.

In Europe generally, the numbers of those heading back to Russia are expected to increase, according to Vladimir Olenchenko, member of the European Research Centre of the International Relations Institute of the Russian Academy of Sciences, particularly after the Brexit vote and the migrant crisis.

“The unstable policy of the future in the EU, connected with a serious migration crisis, also has an impact,” he told the news outlet VestnikKavkaza in a recent interview. “The UK’s determination to withdraw from the European Union is also a problem. As a result, the economic factor and the pressure of migration are forcing migrants from Russia and other European countries to return to their homeland.”

Such a gloomy forecast has no resonance with Irina Mouraitova, who has been living in Limassol for the past 15 years.
She said that although some individuals might have been hostile towards her – Russian women are not always seen in the best light by Cypriot wives and others that resent how important speaking Russian has become for prospective employers – her overall experience has been very positive.

“I know a few that left during the banking crisis but it’s stable now and I don’t experience any problems,” she said.

“Now it is easy for someone to adjust, there are many, many Russians living here, particularly in Limassol. You can find Russian food and things written in the Russian language.”

For Levinskaya, religion is also incredibly important. “I think many Russians prefer Cyprus because they are both Orthodox. In the Turkish side that is Muslim, there are not many Russians like here.”

Our View: Time to realise how a settlement would boost island’s energy role, economy