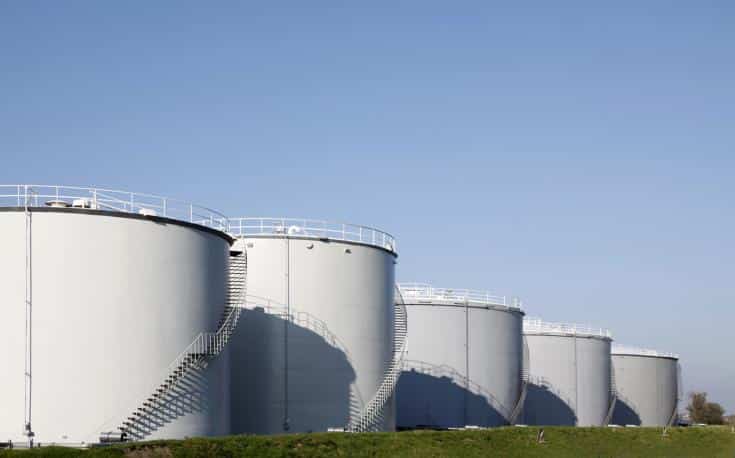 Discussions between the Cyprus Organisation for Storage and Management of Oil Stocks (KODAP) and the European Investment Bank (EIB) for the financing of a fuel storage terminal are progressing smoothly, KODAP President Panagiotis Malekos has told Cyprus News Agency (CNA).

Malekos said EIB officials visited Cyprus for a main evaluation mission in early 2017, adding the process is expected to conclude in the coming months with the final loan approval.

The state-owned fuel storage terminal’s cost is expected to exceed €40 million and construction works are expected to begin at the end of 2017 or early 2018. This will be Cyprus’ second storage terminal following the operation of a private-owned terminal operated by VTTV, a subsidiary of VTTI, in Vasilikos.

Malekos said the terminal will include six or seven fuel tanks with a total capacity of 200.000 cubic metres. The terminal will hold the bulk of KODAP’s own stocks. Under EU rules, all member-states should hold fuel reserves amounting to 90 days of inland consumption. So far KODAP has a part of its fuel reserves in the VTTV terminal, as well as in fuel tanks owned by the Electricity Authority of Cyprus and in Greece.

According to KODAP budget, in 2016 the organisation paid €7.3 million to maintain the necessary fuel stocks.

The operation of the terminal is expected to generate a benefit of €70 million in net present value, Malekos added.

The project will be financed by the European Fund of Strategic Investments marking the first infrastructure project to be financed to receive EFSI financing. The Fund will supply 75% of the project, amounting to €30 million, while the remaining amount will be covered by a loan with domestic banks and cash reserves, KODAP President said.

“There is big interest by local banks to finance the remaining amount while cash reserves will be utilised for the project. The project’s financing is totally covered,” Malekos concluded.

Road-death taxi driver had suffered heart attack at the wheel