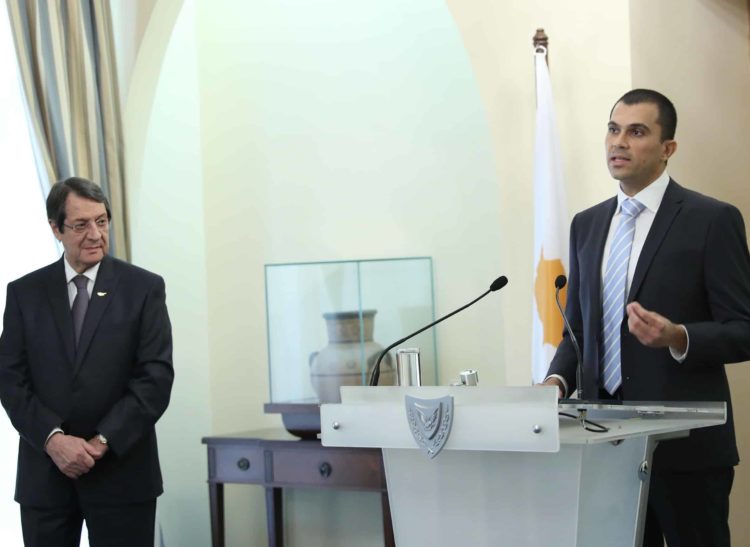 The key pillars of tourism should be giving visitors pleasant experiences and memories to remember, the island’s first tourism minister Savvas Perdios said Wednesday during his affirmation ceremony at the presidential palace.

“Above all, tourism is feelings and lifetime memories for a visitor,” he said. “And I emphasize the word feelings because no one will remember forever what you tell them, but certainly they will remember what you made them feel.”

Those feelings, Perdios said, will not be difficult to create “through polite service, imaginative gastronomy, and authentic hospitality.”

“Whatever the form of tourism, religious, sports, medical, or other, what I have said will always be its basic pillars.”

“One can see buildings and beautiful scenery in the media but they cannot taste food or feel the warmth of authentic hospitality,” the minister said.

Perdios said reforms, legislation, and national strategy will be done gradually but nothing can be done using a magic wand. “It takes hard work, teamwork, and not much talk.”

Speaking at the ceremony, President Nicos Anastasiades said it was an important milestone for the sector, ushering in a new era of modernization.

Tourism is a vital component of the island’s economy, contributing over 13 per cent to the GDP. Between January and November 2018, Cyprus saw around 3.8 million visitors, setting a new record.

Anastasiades said the state aimed at tackling problems and challenges constantly arising in the industry as a result of a fluid and competitive international environment.

At the handover ceremony later Wednesday, Energy and Commerce Minister Giorgos Lakkotrypis, who had also held the tourism portfolio, said Perdios was given one of the most important sectors of the economy.

“When we spoke of four million arrivals many people said they were science fiction scenarios,” he said.

Lakkotrypis said there was no question of conflict of interest because of Perdios’ and his family’s involvement in the hotel industry.

“The president had two choices; either to appoint someone outside the tourism industry who doesn’t know anything, or appoint someone from inside the industry,” the minister said.

Perdios is essentially taking over the Cyprus Tourism Organisation whose board will be disbanded.

Board member Stelios Ioannides said after some 48 years, the CTO had reached the end of its lifespan.

The minister would now have to oversee the modernisation of the new entity, he added.