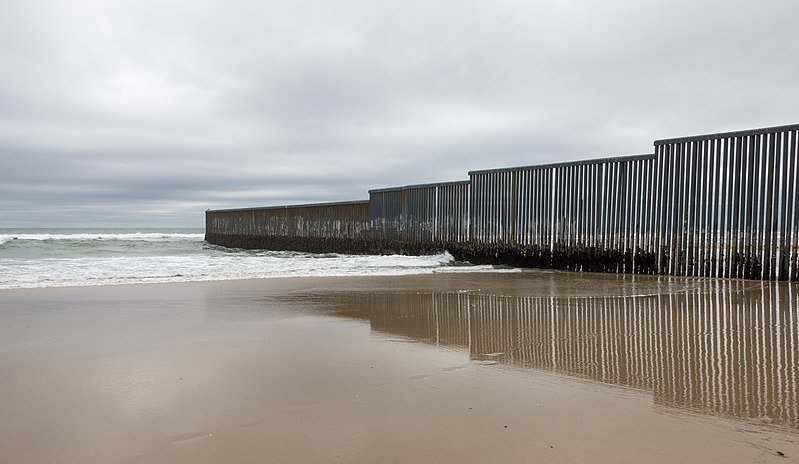 Authorities have discovered the longest smuggling tunnel ever found along the Unites States’ south-west border with Mexico.

Stretching more than three-quarters of a mile, the tunnel ran from an industrial site in Tijuana, Mexico, into the San Diego area.

While there were no arrests, no drugs found at the site and no confirmed exit point in the US, the length – more than 14 football fields – stunned authorities.

“This one blows past (the second-longest),” said Lance LeNoir, a Border Patrol operations supervisor.

“We never really thought they had the moxie (confidence) to go that far. They continue to surprise me.”

The tunnel announced on Wednesday was found about 70 feet underground, well below the wall.

Following the tunnel’s discovery in August, Mexican law enforcement identified the entrance and US investigators mapped the tunnel, which extends a total of 4,309 feet. The next longest tunnel in the US, discovered in San Diego in 2014, was 2,966 feet long.

The newly discovered tunnel is about five-and-a-half feet tall, two feet wide, and runs at an average depth of 70 feet below the surface, officials said.

The tunnel went under several warehouses in the district, where sophisticated tunnels have often ended, and extended into open fields.

LeNoir, a veteran on the multiagency task force of tunnel investigators known as “tunnel rats”, said he made his way through about 50 feet of sandbags blocking the tunnel but could not go any further.

An incomplete offshoot of the tunnel that extended 3,529 feet suggested to authorities that smugglers had plugged an initial exit point and were building another.

The suspected previous exit “became unsustainable for whatever reason, so they built a spur,” Border Patrol spokesman Jeff Stephenson said.

By federal law, US authorities must fill the American side of tunnels with concrete after they are discovered.