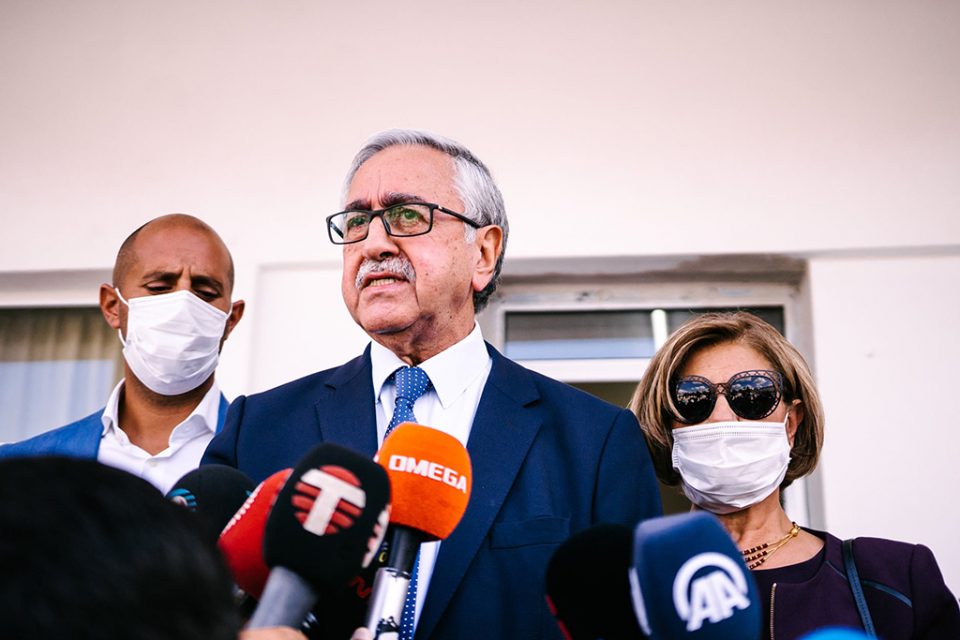 Turkish Cypriot leader Mustafa Akinci called on Turkish Cypriots to listen to their conscience as they headed to the polls on Sunday to pick a new ‘president’.

He was speaking as he cast his own vote in Nicosia accompanied by his wife Meral and the mayor of north Nicosia Mehmet Harmanzi.

Akinci spoke of two “unnatural situations” of the election campaign period, “our physical health caused by the pandemic” and “our political and social health. I am referring to interventions,” he continued/

“We all experienced how difficult it is to run a campaign during a pandemic,” he said, referring to 30,000 campaign flyers that he had printed but was unable to distribute due to the decisions of the election service. But, he said he managed to carry out a large campaign through the internet and social media.

Everyone knows who has been here for 45 years, Akinci said. Turkey has taken part in the election, he added.

He said a large part of the Turkish press had spread lies about him while millions of Turkish citizens attacked him.

“An issue as sensitive as Varosha became an election tool,” he said, while those Turkish institutions that only had to monitor and send reports to Turkey unfortunately took part throughout the election campaign, “going from village to village telling people not to vote for Akinci”.

He said the elections were not about him and his future but “our joint future”, about which the public would decide.

“Do not stay home. Listen to your conscience and exercise your right to vote,” he added.

Meanwhile, current ‘prime minister’ Ersin Tatar said he would listen to the voice of the people. He also spoke after voting, with his wife Cybil.

He spoke of how well the pandemic had been handled and how the right measures were being taken to ensure people could vote safely.

We have left behind us a very difficult election campaign, Republican Turkish Party (CTP) chairman Tufan Erhürman said, adding he had come from overseas to vote which had been quite difficult.

Former ‘foreign minister’ Kudret Ozersay, who gave up his post last week over the opening of the Varosha beach said we have made a good start today for our bright future.

Leader of the Rebrith party Erhan Arikli has spent the last three weeks in quarantine and being treated for coronavirus, which he said had made electioneering “interesting”.

He said 3,500 people who are self isolating or are in quarantine would be unable to cast their vote.

The polls will close at 6pm, with a result expected by 10pm.