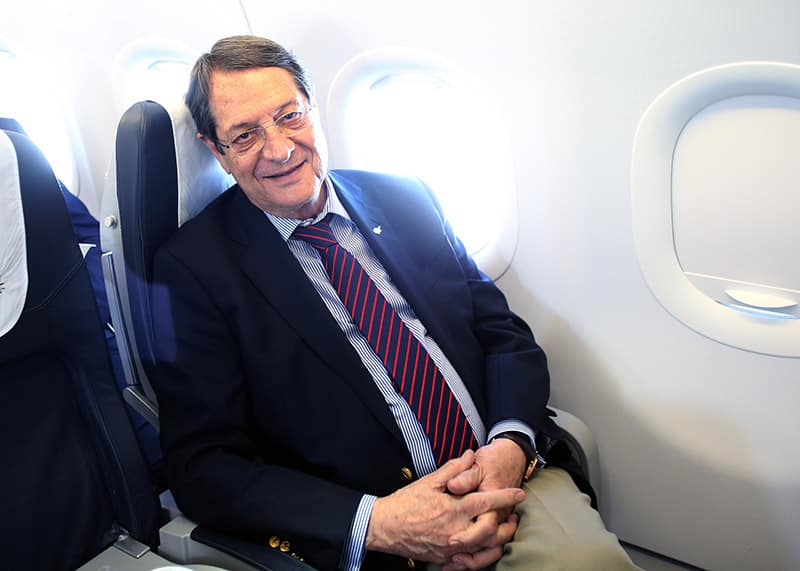 The House plenum on Friday approved a motion by the Green party for a resolution stipulating that any solution to the Cyprus problem should not include foreign guarantees, troops or intervention rights in any form.

The resolution also demands total withdrawal of Turkish troops from the island with a view to full demilitarisation.

Of 45 MPs present, all but two voted in favour of the resolution.

The two dissenters, who belong to the far-right Elam party, abstained from the vote after their amendment to remove the demilitarisation reference was denied.

The resolution calls on Turkey to respect and restore the sovereignty, independence and territorial integrity of the Republic of Cyprus, human rights and basic freedoms of Cypriot citizens.

It also calls on President Nicos Anastasiades to seek a solution that will not allow the continuation of existing guarantees or include any other foreign guarantees or the presence of foreign troops.

The parliament suggested that Cyprus’ guarantor powers – the United Kingdom, Turkey and Greece – have failed to guarantee the independence, territorial integrity and security of the Republic of Cyprus, as was their duty in the 1960 Treaty of Guarantee, and pointed out that Turkey, exploiting and distorting the clauses of the treaty, used it to justify the military invasion of 1974 and the continued occupation of a part of the territory of the Republic of Cyprus, in violation of international law.

In the text it approved, the House said that, considering that the issue of security and guarantees is of the utmost importance to the Cypriot people and a crucial prerequisite for a positive outcome in the efforts to resolve the Cyprus problem, it does not believe that today’s circumstances merit the continuation of foreign guarantees, particularly in a member-state of the European Union.

Maintaining guarantees and intervention rights by third countries is an anachronism and a violation of international law, it added.

Although House resolutions are not binding to the executive branch of government, the stipulations clash directly with the Greek Cypriot side’s stated strategy in the UN-brokered peace talks.

Although the Turkish and Turkish Cypriot side have widely interpreted the Greek Cypriots’ position on guarantees and troops as a ‘zero-zero’ stance, Foreign Minister Ioannis Kasoulides has repeatedly denied this is the government’s goal.

“The reference to ‘zero troops, zero guarantees’ is a Turkish slogan,” Kasoulides said in July.

“This is not our position. Our position is zero Turkish guarantees – but our proposals include a role for the European Union, the United Nations Security Council in monitoring the implementation of the solution.”

With regard to troop presence, Kasoulides added, the Greek Cypriot side demanded the full withdrawal of Turkish troops and would only negotiate the withdrawal period.

“But even then we weren’t talking about zero troops, since there would be a peace force and a multi-national police force,” he said.

Number of government workers up 5.3% in September