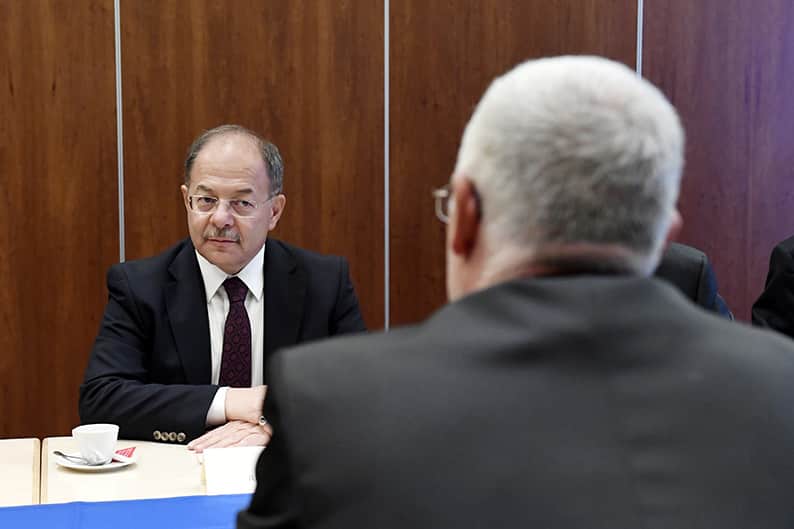 Turkish Cypriot leader Mustafa Akinci is departing for London on Tuesday for meetings with representatives of the expatriate population and British MPs, according to a statement from the north on Monday.

The statement said the meetings will be held on Wednesday, while Akinci will brief Turkish Cypriot representatives of non-governmental organisations on the Cyprus problem.

Meanwhile, Turkish deputy prime minister Recep Akdag said on Monday that Turkey will not relinquish the rights of “Cypriots of the north” to gas in the Eastern Mediterranean.

“If there is even the slightest right to the Eastern Mediterranean oil, we will not relinquish this right of the Cypriots of the north to anyone,” he said.

“All countries of the world should know this.”

Akdag added that the process of negotiations for a settlement to the Cyprus problem is over for Turkey, although a new process could start.

“But Turkey and the Turkish Cypriots from now on will look at their own way forward by continuing infrastructure projects,” he said.

Repeating that Turkey is a guarantor power of the Republic of Cyprus, the Turkish deputy PM said it will never allow “a hair on their head to be touched”.

“The Greek Cypriot side and Greece, as well as the European Union, should be fully aware of this,” he said.

Akdag accused the Greek Cypriot leadership of being “too spoiled” and of not accepting that “a solution would be based on equality”.

“The right formulas are discussed at the negotiating table, and in the end, just like the Annan plan, the Turkish side accepts and they reject them,” he said.

“In Crans-Montana again, they overturned the table and left. And then we decided, as Turkey, that the process is over. A new one might start, but we will look at our own way forward.”

The duty he was assigned with, the Turkish deputy PM said, was the development programme of the Turkish-held areas.

“We have already sent water [to Cyprus] from Turkey through a pipeline and we are going to send electricity through a cable, too,” he said, adding that building a hospital in the north is in the works.

“Therefore, we will build infrastructure projects there. This is what I’m focused on.”

Madonna nudes going up for auction