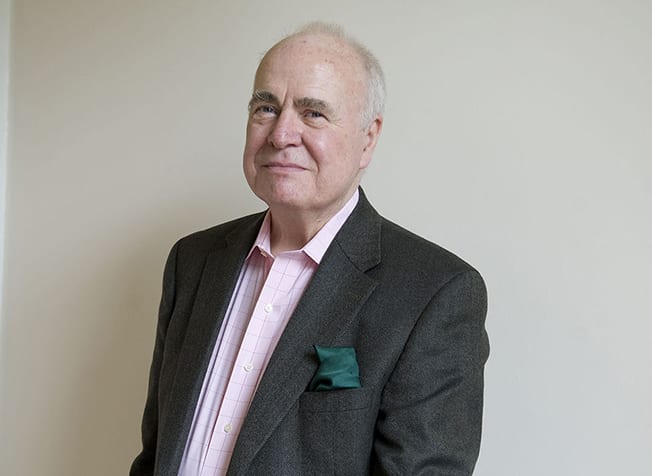 Over a 60-year career, Hugh McIlvanney witnessed many iconic sporting events, including the 1966 World Cup final and the Rumble in the Jungle fight between Muhammad Ali and George Foreman in 1974

Tributes have been paid to the late sports writer Hugh McIlvanney, who has died at the age of 84.

Over a 60-year career, he witnessed many iconic sporting events including the 1966 World Cup final and the Rumble in the Jungle fight between Muhammad Ali and George Foreman in 1974.

McIlvanney worked for titles including his local paper, the Kilmarnock Standard, as well as The Scotsman, The Daily Express, The Observer and The Sunday Times.

He was particularly well known for his football and boxing coverage.

Figures from the world of football and entertainment also paid tribute.

Brian McClair recalled a time when he entered the Manchester United coach’s room and had everyone “roaring with laughter”, while Gary Lineker said “his gravelly Scottish voice will be missed as much as his wonderful copy”.

Fellow Scot and impressionist Rory Bremner paid tribute to a man who was “a wonderful, wonderful writer and great company”.

McIlvanney was close with some of the most well-known figures in the game, such as former Manchester United managers Sir Matt Busby and Sir Alex Ferguson, Bill Shankly who managed Liverpool, and Jock Stein, the former Celtic and Scotland manager.

He wrote about the event when Stein died shortly after a World Cup qualifying game in Cardiff.

The brother of the late crime novelist William McIlvanney, he also wrote a number of books on football, boxing and horse racing and was consulted on Sir Alex Ferguson’s autobiography, Managing My Life.

The Football Writers’ Association, of which McIlvanney was a life member, called him “one of the true greats of sports writing”.

Paul Webster, editor of The Observer, said: “Hugh McIlvanney was a giant among journalists, a powerful and beautiful writer whose coverage of some of the great sporting events of his era is still talked about today.

“The Observer is saddened by his death and proud of his legacy.”