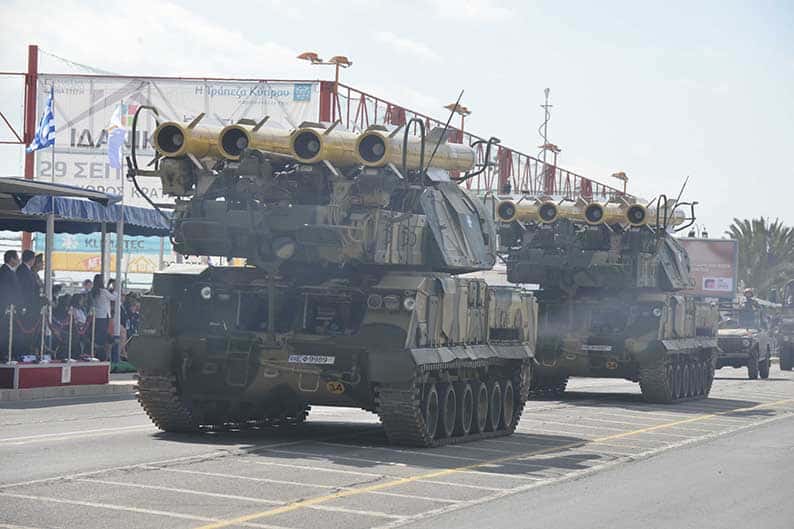 Cyprus will mark the 60th anniversary of its independence on Thursday with a military parade although festivities will be kept to the minimum due to the social distancing measures in place.

In the absence of President Nicos Anastasiades, who will be in Brussels for the EU leaders’ meeting taking place on Thursday and Friday, House Speaker Demetris Syllouris will take the salute.

The parade will start at 11am along Iosif Hadjiosif avenue in Strovolos, starting with a 21-gun salute and the singing of the national anthem. Defence Minister Charalambos Petrides and National Guard Chief Lieutenant General Demokritos Zervakis will also be present.

As no audience is allowed, the parade will be broadcast live on TV.

State officials of other countries will also attend.

Police said that some roads will be temporarily closed on Thursday morning due to the parade.

Spyros Kyprianou Avenue, from the roundabout on Tseri Avenue to the intersection with Iosif Hadjiosif Avenue, will be closed between 5.30 and 1.30pm.

Dimitri Vikela street, from the intersection with Spyros Kyprianou Avenue, to the small roundabout with Anexartisias Avenue (GSP), will be closed between 5.30 am and 1.30 pm.

Between 9am and 1pm the section of Perikleous street, from the intersection with Iosif Hadjiosif Avenue, to the junction with Giannitson Street, will also be closed.

The use of drones over the axis of the parade is prohibited, police said.