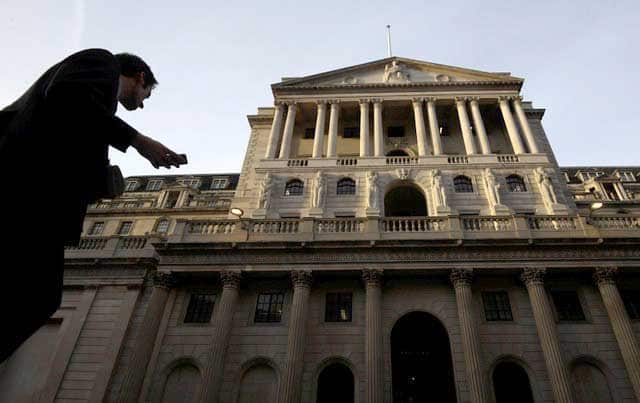 The Bank of England raised interest rates for the first time in more than 10 years on Thursday and said it expected only “very gradual” further increases would be needed over the next three years.

The Bank said its nine rate-setters voted 7-2 to increase its benchmark Bank Rate to 0.50 per cent from 0.25 per cent, reversing the emergency cut made in August 2016, shortly after the shock decision by British voters to leave the European Union.

It was the first time that the Bank increased borrowing costs since 2007, before the eruption of the global financial crisis, which tipped Britain into its deepest recession in decades.

The two Monetary Policy Committee members who voted to keep rates steady, deputy governors Jon Cunliffe and Dave Ramsden, shared the widespread view among economists outside the Bank that wage growth is too weak to justify a rate rise now.

But most MPC members, including Governor Mark Carney, decided it was time to start to tighten policy, despite the British economy’s sluggish performance this year.

“The MPC now judges it appropriate to tighten modestly the stance of monetary policy in order to return inflation sustainably to target,” the Bank said in a statement.

“All members agree that any future increases in Bank Rate will be at a gradual pace and to a limited extent,” it said, repeating its previous signals on what is likely to happen to borrowing costs.

At its previous meeting in September, the Monetary Policy Committee had voted 7-2 in favour of keeping rates on hold. But it warned then that rates could rise “over the coming months”.

Economists polled by Reuters had overwhelmingly predicted a hike at November’s meeting, although nearly three-quarters of them thought it was too soon to make such a move, given the deep uncertainties about Brexit and weak wage growth.

The split on the MPC reflects the dilemma facing the central bank.

On the one hand, Britain’s economy has grown only slowly this year as a jump in inflation caused by the slump in the value of the pound after the Brexit vote pinched spending by consumers. Also, companies are offering sub-inflation pay increases to their staff.

The central bank said the decision to leave the EU was already having a “noticeable impact” on the economic outlook.

But it downgraded its estimate of how fast the economy could grow without generating excess inflation, justifying its decision to raise rates.

Consumer price inflation hit a five-year high of 3 per cent in September – mostly due to the fall in the value of the pound – and the Bank said it expected it to peak at 3.2 per cent in October. The lowest unemployment rate since the 1970s and an expected improvement in lacklustre productivity growth suggested pay growth was about to rise, the Bank added.

The Bank said it expected inflation to fall back to close to its 2 per cent target only if Bank Rate rose in line with the “gently rising” path implied in financial markets.

This would mean rates hit 1 per cent by 2020, with one increase of a quarter of a percentage point likely next year, according to detailed forecasts in the Inflation Report.

The Bank will be following the path taken by other central banks.

The US Federal Reserve has already raised rates from their post-crisis lows and the European Central Bank is signalling a shift away from its huge stimulus for the eurozone economy.

The Bank said it now expected Britain’s economy would grow by 1.6 per cent next year and by 1.7 per cent in 2019, unchanged from its forecast made in August and in line with a new, slower, sustainable rate.

Before the financial crisis, Britain’s economy typically grew by more than 2 per cent a year.