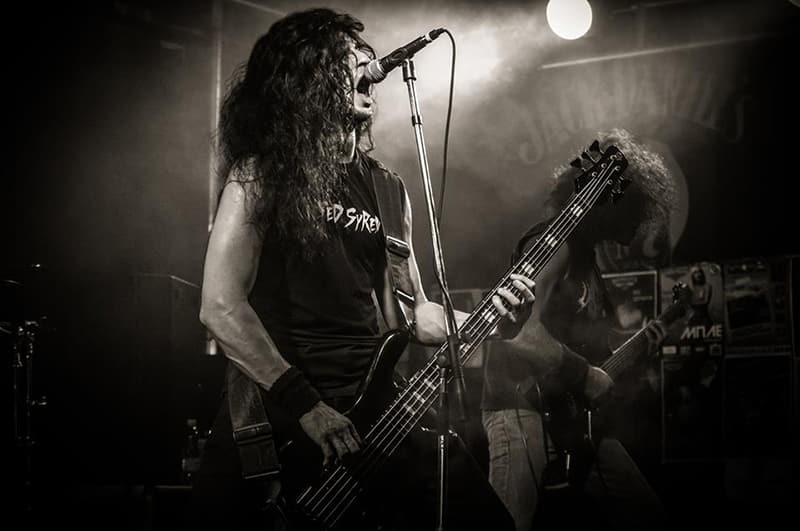 Where do you live?
Currently living in Nicosia city centre with my girlfriend.

Best childhood memory?
That’s a tough one… Playing music with my twin brother when we first started learning songs.

Most frequented restaurant and absolute favourite dish? What food would you really turn your nose up to?
To be honest with you I don’t really have a most frequented restaurant, maybe pubs or bars but definitely not restaurants. The same goes for favorite dish, I don’t really have one, I consider myself a person who isn’t picky at all when it comes to food. Having said that I must admit that I dislike Salmon and spinach, those are the two foods I actually dislike.

What did you have for breakfast?
Yogurt with cereal and oats

Would you class yourself as a day or night person? What’s your idea of the perfect night/day out?
I can be both depending on the circumstance. For instance, during the days I work at night, I try to sleep as much as I can so that I can have energy and strength at night to give 100% at work, but on my days of I try to wake up earlier and do as much as possible and be productive.
A perfect day out for me is maybe going either during the daytime either to the beach or mountains and then relaxing at home with a nice movie and quality beers.

Favourite film of all time?
Another tough one… How about top 5? Rocky, 12 Angry Men, Godfather 2, Shawshank Redemption, Back to the Future

Best holiday ever taken? What’s your dream trip?
Currently I really want to go on a whiskey tour in Scotland. Best would have been when I went on tour with my band in 2014 and dream trip would be backpacking in Asia.

What music are you listening to in the car at the moment?
My car’s cd player and radio is broken unfortunately.

What is always in your fridge?
Well I think everyone knows the answer to that… BEER!

Dream house: rural retreat or urban dwelling? Where would it be, what would it be like?
Somewhere in the Troodos mountains as isolated as it could get, nothing fancy besides a small home studio and a decent sized garage/warehouse to work in my hobbies on my spare time.

If you could pick anyone at all (alive or dead) to go out for the evening with, who would it be?
I don’t have any interested in engaging in such an activity, I spend time with the people I want to.

If the world is ending in 24 hours what would you do?
Maybe try something that I would never dare trying…

What is your greatest fear?
Not being able to do the things that make me happy.

Vomitile is a local Death Metal band that’s has been active since late 2007. Throughout the years they have released an EP, two full length albums, given countless local live shows, co headlined a European tour and are currently in the process of releasing their third full length album