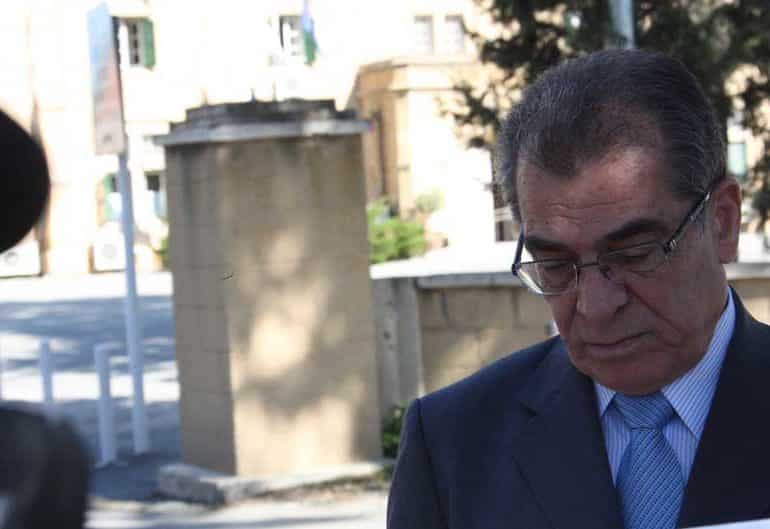 THE establishment is the elite of a country which controls politics, economics, culture and other essential sectors. The people that make up the establishment in Cyprus are the politicians – mainly the party leaders – the archbishop and the rest of the high-ranking clerics, the State Legal Service, the mandarins of the civil service, the supreme court judges, the big auditing and law firms, the big bankers, wealthy business people, TV owners and the most powerful media.

The general prevailing impression is that the members of this club support and help each other for mutual benefit and that their overall behaviour, apart from adulterating the people’s sovereignty, undermines faith in equality before the law which is the cornerstone of democracy. There is little doubt that the members of the establishment often place themselves outside the institutional framework of the rule of law that represents popular sovereignty. Not surprisingly, some commentators believe that the Cyprus establishment corrupts political and social life and – because of the archbishop’s active role – prevents the process of secularisation which admittedly stutters and regresses.

Going through some of the economic scandals, one is staggered by the involvement of the establishment. In 2011 the legislature voted through a law that abolished the multiple pensions paid to public officials. Ordinary people were relieved because an injustice had been corrected. Not for long. Just three years later in 2014, while the country was going through the worst recession in its history, the supreme court ruled that the law was unconstitutional. The €6 million that the state saved between 2011 and 2014 had to be returned to the beneficiaries. As a result of this ruling, there are today 170 working officials who in addition to their fat salary take a share every month of €800,000 in state pensions (or close to €10 million a year). There are also the retirees who are paid two or three pensions because they held different public posts during their working lives.

In other words, the average monthly pension paid to each of these officials is €4,500, at a time when there are thousands of pensioners being paid less than €600 a month. I am no lawyer and do not know which article of the constitution the 2011 law was deemed to violate. I do know though that the annulment of the 2011 law violates Natural Justice, which is the eternal and unchanging law based on human nature, rationality, moral justice and moral values. I also know that if a referendum were held, 99 per cent of the public would have objected to the annulment of the law by the venerable judges of the supreme court.

Another glaring scandal was the acquittal of the big bankers (apart from one who was convicted from misinformation) whose criminal behaviour sunk the Cyprus economy. Without a doubt, the biggest blow to the Cyprus economy was dealt by the frenetic purchase by the two systemic banks (Laiki and Bank of Cyprus) of Greek government bonds – in the first four months of 2010 – which all the European banks were getting rid of as they were considered of exceptionally high risk. At the time all big financial institutions were warning that the haircut of the Greek public debt was inevitable.

The bankers risked our money by considering it exclusively their personal interest. Buying the bonds at very low prices, they were betting on huge capital gains and colossal bonuses. But in the end, there was a haircut which cost the Cyprus economy €4.5 billion. This gambling by the bankers constituted abuse of power because the relevant bodies of the bank were not informed in advance to give the required approval for the bond buying. Yet, peculiarly, these bankers were acquitted, giving rise to rumours that the big bankers were proteges of the establishment.

Three years ago, Politis reported information on Cypriot citizens and Cypriot companies that were included in the Lagarde list, which was made public by the International Consortium of Investigative Journalists. For now, I will ignore the lists in the Panama and Paradise papers that appeared more recently and are supposedly “under investigation”. In terms of Cyprus, the Lagarde list includes the names of offshore companies with British Virgin Islands deposits. The Cypriot authorities could easily find out the shareholders and beneficial owners of the companies. Those implicated did not take their money to the other side of the world because they were entranced by the exotic name of the islands, but to evade tax –a criminal offence that carries a prison sentence.

Greens leader Giorgos Perdikis, hinted that prominent names were included in the list, while the government promised a “thorough investigation”. The investigation was quickly forgotten. Nobody was taken in for questioning by the police nor was any name made public. It was just announced that the Inland Revenue Department collected a total of €1,868,752 from people on the Lagarde list.

Taking into account that in the British Virgin Islands interest rates have been in the region of a mere 0.25 per cent for the last 10 years, one does not have to be a genius at maths to conclude that the only reason Cypriots hid deposits of hundreds of millions of euros there was to avoid paying tax on them.

If Christodoulos Christodoulou, the former governor of the Central Bank imprisoned for tax evasion, were to accuse the Cypriot authorities of blatant discrimination, he would be absolutely right.

Reaching a delicate compromise over Macedonia

Candidates have kept far too quiet over the Russian issue